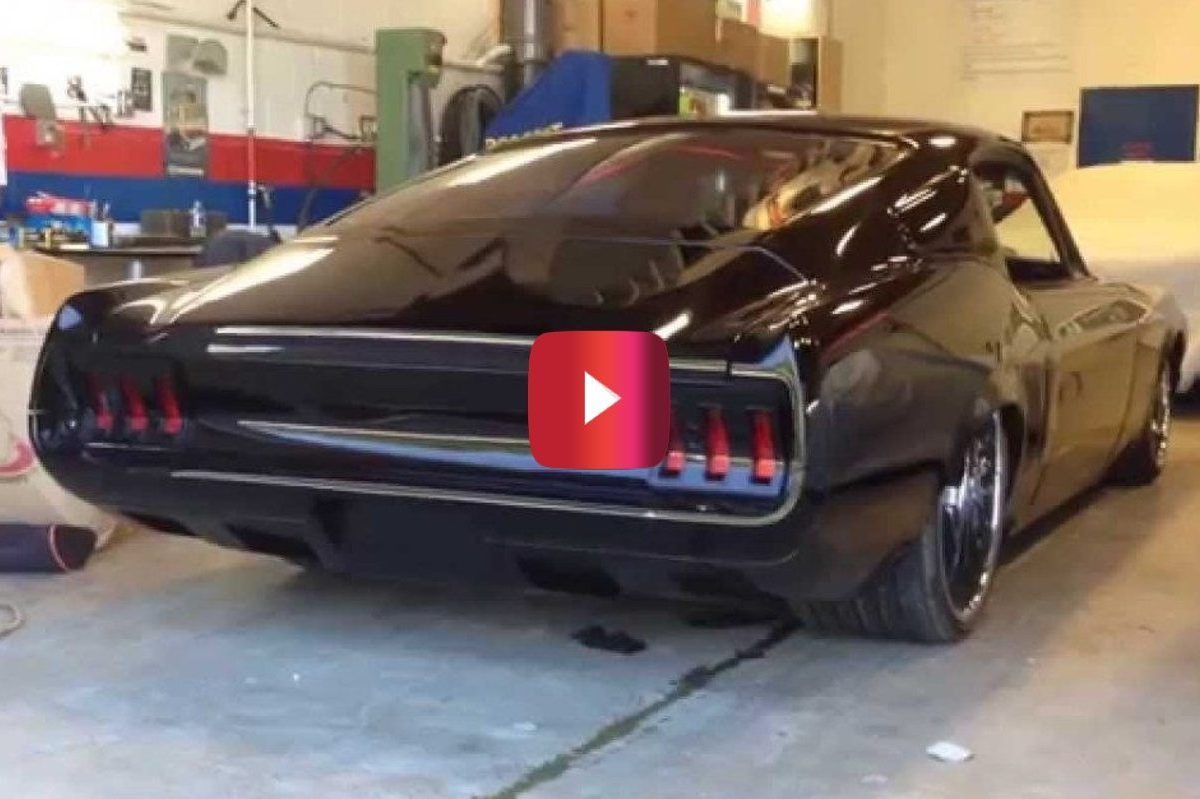 When it comes to classic cars, the Ford Mustang is the best of the best. It’s an automotive juggernaut. Just take a second to think about the ‘ 68 Ford Mustang GT, a.k.a. the Bullitt Mustang, or the Eleanor Ford Mustang Shelby GT500, and then tell me you don’t want one. Still not convinced? Well, then check out this insane 1967 Ford Mustang Fastback that was given the nickname of “Nightmare.”

This beautiful street machine was created at 360 Fabrication, and it looks like an absolute beast. I’m not even going to lie, the back end of this Ford Mustang coupe is better looking than probably 95 percent of the new cars on the road today. Not only does it look fantastic, but it performs equally as well. Watch this video and listen to that hot rod V8 engine as it starts up.

This souped-up pony car is the perfect example of a well-executed restomod on an American muscle car. As you can probably tell by how low the stance is, the car is equipped with a triangulated four link air suspension system. Simply inflate the bags to the perfect ride height, and you’re good to go.

With a 520ci engine under the hood, it produces 700 horsepower and 700 lb-ft torque paired with a manual transmission and a 3:55 gear ratio. Of course, it’s got power brakes and power steering and air conditioning, as well. On the off chance that you still feel you need more power, it’s modified to use nitrous, giving it an additional 100 horsepower. This thing eats Dodge Challengers, Dodge Chargers, and Chevrolet Camaros for breakfast! Hell, I’m convinced this thing could even hang with some Porsche and BMW supercars.

As far as the exterior, the front end was changed to resemble the Eleanor Mustang. The rear end of the car was given a much more aggressive look after the sides were shaved down and handmade scoops were added to flush fit the windows. It sits on a staggered set of 20-inch Vellano wheels, with a massive 375 tire fitted in the back. To top it all off, it was flawlessly painted with BASF black giving it a showroom look.

The inside is extremely unique. As soon as you open the door, you’ll see the bright Ferrari red leather interior, with red carpet and door panels to match. The dashboard adds a splash of black to the inside, and it’s been modernized with a new gauge cluster, radio screen, and a quick release racing steering wheel. Additionally, they even threw in a 40G sound system, so you can still jam your favorite tunes.

This Mustang restomod truly shows the quality craftsmanship of 360 Fabrication. What’s astonishing is the fact that the owner of this car has never driven it before. While it has potential to be extremely fast on the road or track, it is mainly used to flaunt around at different auto shows. You could have a Lamborghini on one side and a high-dollar Mercedes-Benz sports car on the other, but I guarantee this car will get the most attention.

The Ford Mustang Nightmare was estimated to be worth $700,000 CAD ($470,000 USD). The price to own this ride is certainly up there, but when you think about it, the car is truly one of a kind. Exclusivity is expensive.