What Makes the ’57 Chevy Bel Air Such an Iconic Classic Car? 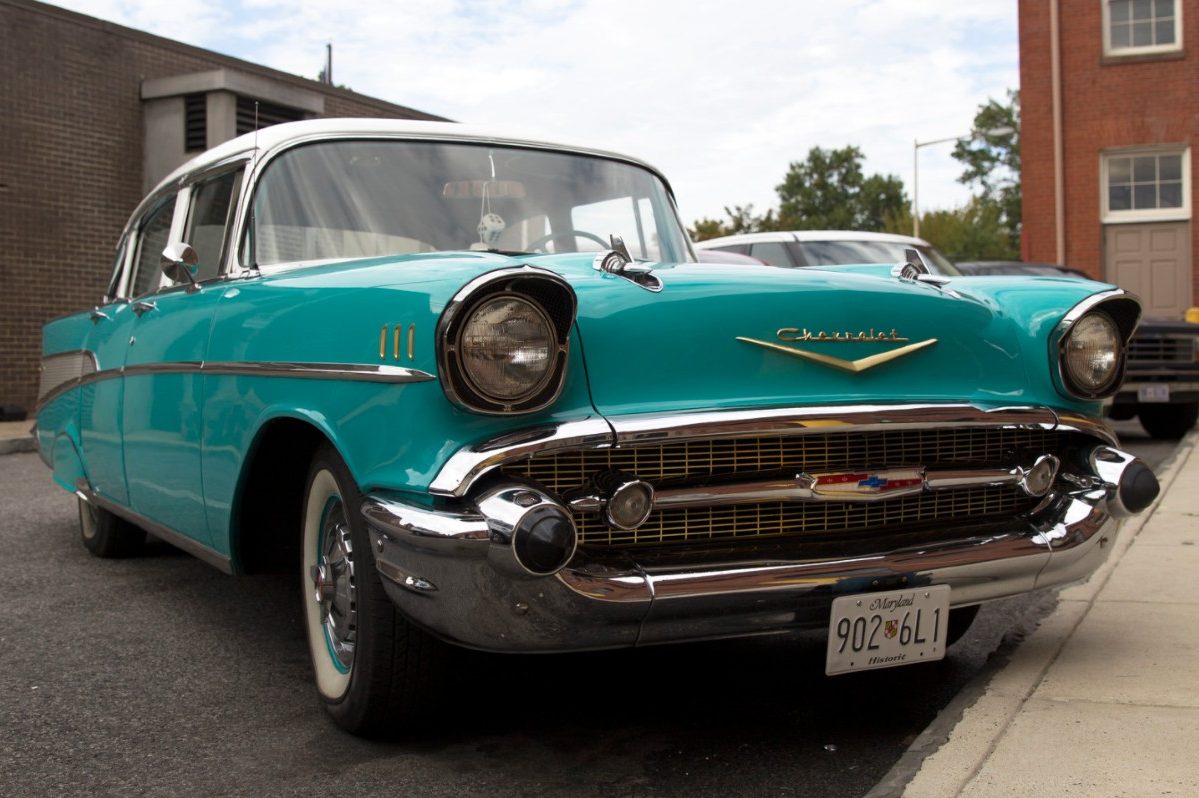 The 1957 Chevrolet Bel Air is one of the most iconic cars ever made. Collectors and showroom browsers seek out Bel Air two-door hardtop, two-door convertible, two-door sport coupe, and four-door sedan models with a fervor that few other vehicles have garnered. Styling wise, the tailfins and chrome body style are instantly recognizable, and the roomy interior makes for a phenomenally comfortable ride.

Whether you?re in the market or just looking to read up on a classic, here?s a look at the cream of the crop when it comes to classic cars.

The ’57 Bel Air is one of the most classic cars ever made, and its collectibility is certainly not unwarranted. Preceded by the Deluxe and succeeded by the Impala, the Bel Air also has quite the old-school racing history, and NASCAR even had to limit ’57 Chevys to a cubic inch restriction because they kept winning. But, that’s a story for another time.

The Super Turbo-Fire V8 engine option typically found in Corvettes of the time (a.k.a. fuelies) could produce as much as 283 horsepower, thanks to new (at the time) mechanical fuel injection technology. This is an extremely rare model these days since most Bel Airs were fitted with carburetion instead.

Read More: Why the 2019 Cadillac CT6-V Will Be a Big Win for General Motors

This model year also featured some of the first automatic transmissions fitted with turbo glide engines, which impressed buyers with its seamless shifting. Manual transmission configurations were fitted engines known as Powerglide. Previously three-speed manual transmission, overdrive, or Powerglide options were available with air conditioning, however, only auto transmission was available with this amenity from 1957 onward. So, if you’re looking to buy one of these classic ’57 models, and AC is something you require, you’ll need to go with the turbo glide option.

As you can see from the video below, ’57 Bel Airs also make for amazing restomods.

Average prices for this collector car vary between models. A well-kept Chevrolet Bel-Air sport coupe might sell for between $25,000 and $85,000 depending on the number of miles. One of these tri-fives, as Chevys of this time are known, in a convertible model will run you upwards of $100,000.

For listings on ’57 Chevys, you can check out such sites as Hemmings, Car Gurus, and Classiccars.com.