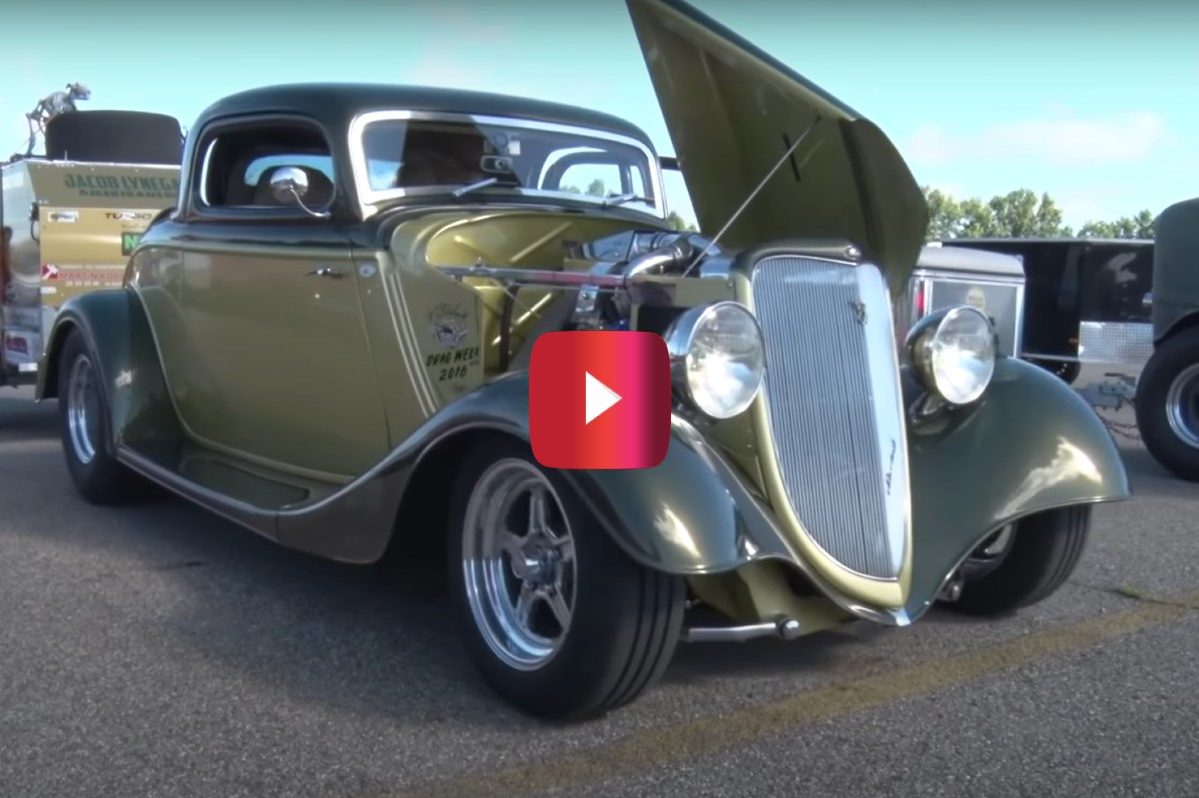 If he were still alive today, Henry Ford himself would probably be blown away by this magnificently built 1934 Ford Coupe. Let’s just that the American classic car got one hell of an upgrade.

For Drag Week 2016, J. Kisling built nearly every bit of this twin-turbo 1934 Ford Coupe hot rod with his own two hands in his garage in his native Denmark.

Thanks to the folks over at 1320video, we get an up close and personal view of the ridiculously cool custom-built ride in all its glory.

Read More: These People Chopped Up a ?65 Chevy C10 Coupe to Made a SICK Window Coupe Street Rod

As you can tell, Kisling did some serious work on this epic Ford 3-window Coupe, making for one of the nicest builds we’ve seen inside and out.

He even cut the whole body frame in half so that he could widen the entire thing by an inch because he didn’t enjoy how thin the original frame was. He also hand cut and shaped the custom turbo piping, which allowed him to put two 76mm turbochargers up to his 427 LSX motor and turn this mobster-era classic into an unstoppable drag machine.

Just check out the original performance specs on the 1934 Ford, and you’ll see how Kisling really turned things up a notch with his custom coupe.

The coupe came with a V8 engine, which has increased horsepower compared to previous years. It offered an 85 horsepower engine, and it used the four-cylinder Model B engine. This was the last year that the Model B engine was used in a vehicle. It had a 221 cubic inch engine complete with dual carburetors and a three-speed transmission. A solid front axle provided some additional stability, and it used four-wheel mechanical brakes.

We can’t wait to see what sort of awesome projects Kisling has in store for us next!