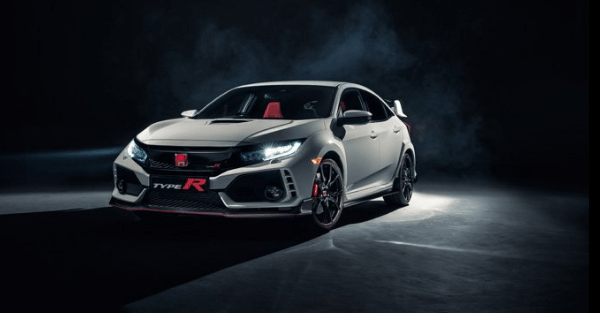 Last year, Honda teased us with a Civic Type R prototype, but only released a few photos, no specs.

You know the saying, good things come to those who wait? Well, we?ve waited and Honda has delivered. The Type R was unveiled at the Geneva Motor Show, and the Telegraph put it nicely ? this is a front-wheel drive Godzilla.

And the cherry on top, it will be the first real Type R Civic to be sold new in the US.

Standard features include a seven-inch touchscreen, navigation, a 12-speaker audio system that works with  Pandora, SiriusXM and HD Radio. Under the hood, the turbocharged 2.0-liter inline-four engine kicks in 306 horsepower and 295 lb-ft of torque via a six-speed manual manual transmission? hence, the front-wheel drive Godzilla.

2018 Honda Civic Type R has leaked ahead of its debut at the Geneva Motor Show. What are your thoughts? • #Honda #C… https://t.co/09zp6bFCH1

Digital Trends says the Civic is worth the wait, and the Telegraph praised it as ?one of the most exciting front-wheel-drive cars on the market, and a far cry from the practical, family-focused vanilla Civic on which it is based.?

While Honda fans will bemoan the departure from the traditional naturally aspirated, high revving Vtec engines of old, it is hard to argue with 300+ horses.