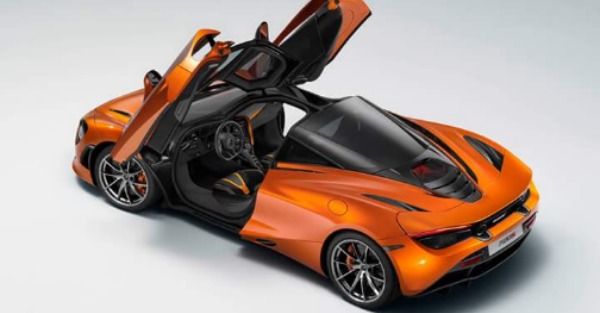 McLaren unveiled its second-generation Super Series Car, the 720s, at the Geneva Motor show, and the buzz surrounding the car is as strong as it?s engine.

The 720s, the replacement for the 650s, has a number of improvements that have made a positive early impression. McLaren says carbon ceramic disks and a lighter, stiffer brake caliper means the car can come to to a standstill from 120 MPH in 4.6 seconds.

And it is sharp! Here?s the coolest feature, a rotating dash board:

And it just otherwise looks good.

The launch of the #McLaren 720S at the 2017 Geneva Motor Show. What do you think of the car so far? pic.twitter.com/dQ2OU0cv6o

Early buzz has been very positive. MotorTrend wrote, ?color us intrigued.? Motoring Research called the 720s ?the star of the 2017 Geneva Motor Show,? and gushed: ?the 720S features an array of new technological improvements and updates that will make it hard to ignore, and potentially hard to beat.? Top  Speed added: The upcoming 720S should bring improvements in just about every department, which will turn McLaren into an even more dangerous competitor for Italy?s iconic brands