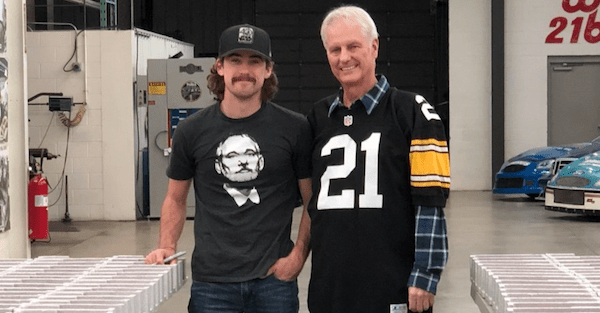 Related: NASCAR is praying for a team owner who is in the hospital following surgery

Former Wood Brothers Racing driver Ryan Blaney tweeted out a picture of himself with Wood, and he said Wood is “feeling better than ever.”

Good to see boss Eddie out and about after his surgery. Says he’s feeling better than ever!! pic.twitter.com/QhJZmlMEvU

Blaney is moving on to Team Penske next season, but it’s clear he still has a great relationship with his former team and boss.

Hopefully Wood’s health continues to improve and he’s ready to go for the 2018 NASCAR season.