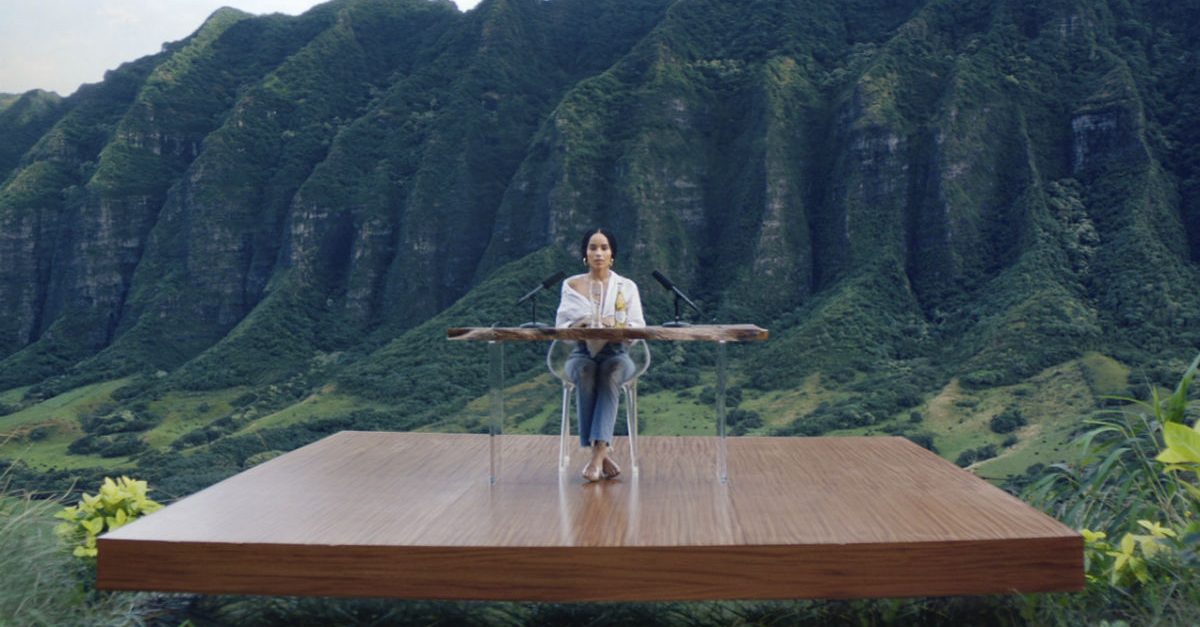 A new Super Bowl commercial aims to calm frenzied football fans with oddly relaxing images of actress Zoe Kravitz whispering into a pair of microphones and softly tapping on a bottle.

The beer ad already has drawn more than 10 million views and stands to expose a vast audience to an internet craze known as ASMR, or autonomous sensory meridian response.

Some people spend hours watching videos of hair brushing, paper crinkling or ?happy little clouds? artist Bob Ross painting because they say it makes their brains tingle. They report feeling a rush from the subtle, repetitive sights and sounds, but is it all in their heads?

Not everyone feels ASMR. And so far, there?s not enough evidence to recommend it as a stand-alone treatment for depression, anxiety, insomnia or any of the other problems its fans claim it solves.

But a few scientists are trying to study ASMR, and there is evidence that there might be something to it. And if any harm is done, it?s not financial: It?s usually free.

Most people agree the sound of nails on a chalkboard is freakishly unpleasant. ASMR is described as an opposite feeling: a tingly euphoric response, usually starting on the head and scalp, and sometimes spreading down the neck, arms or back.

Triggers include videos of someone turning pages in a book, pretending to give an eye exam or tapping on a collection of purses.

Some call it a ?brain orgasm,? though most say it?s not sexual. They say it?s deeply relaxing, making it different from goosebumps or chills. The feeling helps some people get to sleep.

?I?ll feel my eyelids start to droop. I?ll feel a tingling sensation start toward the top of my head and slowly travel down my neck to my shoulders to my fingertips,? said Robert Calaceto, 24, of Ridgewood, New Jersey, who uses it nightly before going to sleep and sometimes after work. ?Listening to these videos helps my mind to mellow out.?

Craig Richard, author of ?Brain Tingles? and a professor at Shenandoah University in Winchester, Virginia, traces the history to 2007 when a post titled ?Weird sensation feels good? kicked off a conversation in an internet health forum.

A Facebook group and YouTube channels followed. From the start, people shared their triggers: slow or quiet talking, teeth cleaning and chewing sounds.

Today, millions subscribe to content from the most popular ASMR artists. Products including Dove chocolate , Behr paint and IKEA have used it in advertising. A hair-cutting scene in the 2017 movie ?Battle of the Sexes? was designed to elicit the response. A live ASMR spa experience has launched with planned performances in New York and California.

About a dozen research studies have been published. That?s not a lot in the world of medical science.

In England, University of Sheffield researchers found something surprising when they hooked up 112 volunteers to electrodes to gather biophysical data during ASMR videos: The tinglers seemed physically excited, but their heart rates slowed.

Half the volunteers were self-identified ASMR fans. They had greater reductions in their heart rates ? by about 3 beats per minute ? compared to the non-tinglers while watching the same videos. Their bodies became more excited, compared to non-tinglers, as measured by how their skin conducted electricity.

In Canada, University of Winnipeg researchers conducted brain scans of 11 people who experience ASMR and 11 people who don?t. The scientists measured which areas of the brain fired together when participants were lying in the scanner but weren?t watching any videos.

In the brains of ASMR people, they saw unexpected ?teams? of neurons firing together, suggesting that normally distinct networks were blended together. It was as if ?a few members of the Seahawks are trying to play outfield for the Mariners,? said Stephen Smith of the University of Winnipeg.

That could mean ASMR is similar to synesthesia, a better-known condition where people describe seeing music or numbers as specific colors.

Louisiana State University researchers tried to see whether the power of suggestion affected people?s responses to ASMR audio clips. It did, but only for the people who never before experienced ASMR.

The study involved 209 volunteers, including fans of ASMR recruited from the online forum Reddit. All were told about the ASMR effect and that they would hear three audio clips.

The encouraging instructions made a huge difference in those who?d never experienced ASMR before; they mostly felt tingles when they were told to expect tingles.

But ASMR fans weren?t fooled by the fakes or the misleading instructions. They reported more tingles when they heard legitimate ASMR audio, no matter what they were told ahead of time.

?In a way, it doesn?t matter as long as what the user experiences is relief or stress reduction,? said Megan Papesh, who led the study. ?It seems relatively harmless and it is free, which is wonderful.?

For ASMR to take hold in mainstream science hinges on whether the craze lasts long enough for researchers to find out whether it helps people with stress or other health problems. That kind of study is expensive and lengthy.

For now, Richard said the best way to think about ASMR is ?supplemental intimacy.? It shouldn?t replace healthy relationships, but it can be used to improve mood.

A pleasant feeling caused by a soft voice, caring gaze, gentle disposition, light touch and soothing hand movements ? ?that?s something we?re born with,? he said, ?and its purpose is to soothe and comfort.?

It could even be educational.