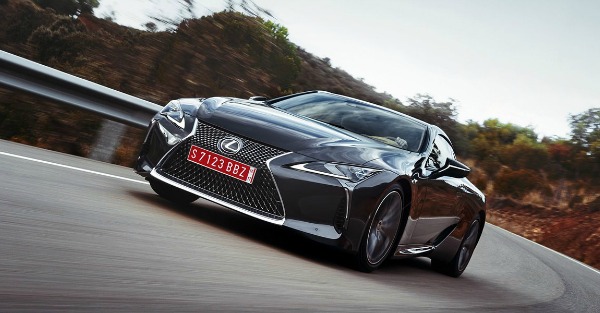 For being attached to Toyota, Lexus has being anything but sensible lately and we absolutely love it. The current height of Lexus’ performance line is the 471 hp LC500, which is both a very cool car and the only one that can truly pull off Lexus’ giant hourglass grill. Lexus won’t sit back and enjoy its masterpiece, though, as they are looking to out-do themselves with the next LC car.

Car and Driver reports that the LC F will have 600 hp coming from a twin turbo 4.0 liter V8. The addition of over 125 horses will be handled by a 10-speed auto and gives Lexus its most insane car since the LFA. The new LC F will also get an appearance and aero upgrade and have tweaked brakes and suspension to ensure the three figure car can stay on the road.

We can expect to see the car in Tokyo in October. Or will we?

The Drive reports that Lexus has denied these reports, saying:

“We?ve been reading stories about an LC F supposedly debuting in Tokyo as well, and I can tell you that it is not true,”

So does the car not exist, or will it not be debuted in Tokyo? We choose to believe they will debut the car at another time and are only able to deny the rumor on a technicality.