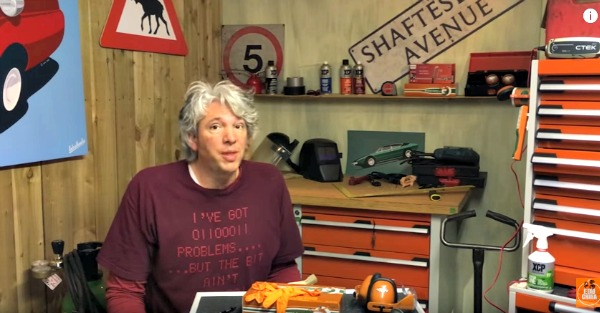 Edd China has shocked his fans.

China announced, on Youtube, that he?s leaving Wheeler Dealer after 13 years over a disagreement with the show?s new producers. The crux of the argument involves money. China says Velocity (the new production company) wants to save money by cutting back on the detailed workshop sequences the show has become known for. Instead of making those changes, China quit. While you can see the entire video below, this is the heart of it:

?Unfortunately, on Velocity?s first attempt at producing the show they found Wheeler Dealers ?too difficult to make at least in its current format.

?In particular, the detailed and in depth coverage of my fixes in the workshop; what I consider to be the backbone and USP of the program, are something Velocity feel should be reduced. The workshop jobs are certainly the hardest part of the show to make and reducing their substance and role in the show will save the production considerable time, effort and therefore, money.

?However, this new direction is not something I am comfortable with as I feel the corners I was being asked to cut compromised the quality of my work and would erode my integrity as well as that of the show, so I have come to the conclusion that my only option is to let Velocity get on with it, without me.?

Some of the commentary has been biting:

China, who was gracious throughout his statement, said Ant Anstead will take his place.

Anstead released his own statement on YouTube in which he praised China and the show: