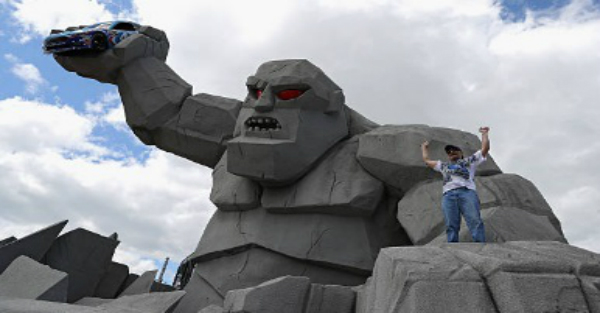 The quake was a magnitude 4.1 and its epicenter was about 13 miles from the Dover International Speedway, according to NBC Sports.

The quake was strong enough that it was felt in a wide-spread area. Washington DC, eastern Maryland, northern Virginia, eastern Pennsylvania (including Philadelphia) and as far north as Poughkeepsie, N.Y. experienced the earthquake that struck at 4:47 p.m. according to the U.S. Geographical Survey as reported by NBC Sports.

RELATED: Derrike Cope won the Daytona 500, and says that wasn?t his biggest win

The last earthquake to strike the same area, was nearly 140 years ago in 1879, according to The News Journal.

There haven’t been any reports of serious damage and on a lighter note, it’s been reported that Miles the Monster is okay.

“Miles is still intact!” reported a track official. Of course they were talking about Miles the Monster, the 46-foot tall official statue and mascot of the Monster Mile.

It’s good to know Miles is still standing tall at the speedway.