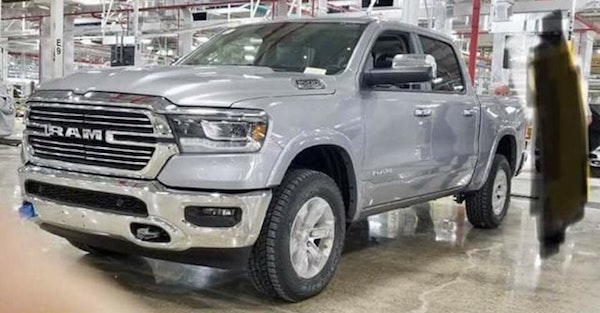 A Reddit post revealed the pending identity of the 2019 Ram 1500 the week before it was slated to be unveiled at the Detroit Auto Show.

Because the image was posted alone and without many specs, any guesses as to what the actual power of this truck is and what options the final production model will carry when it finally hits lots are largely speculative.

In the meantime, it’s easy to admire the shiny grille, possibly indicated that this truck could belong to one higher-end editions of the model, and wide mirrors, possibly indicating a towing package, situated on the new truck.

The photo at least appears to be legitimate, with it seemingly set in what looks like an auto-assembly plant, but, as with anything on the internet, the validity is unclear.