Dale Jr. calls for an end to a confusing NASCAR rule that cost a driver a potential win 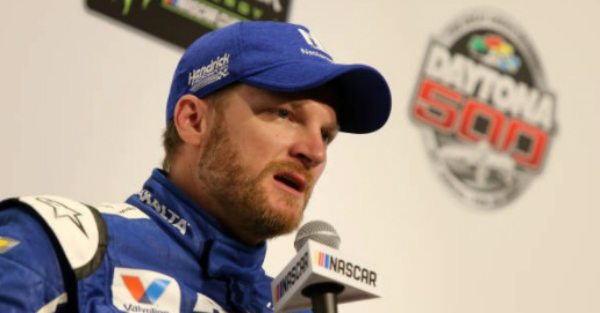 Ricky Stenhouse Jr. was penalized at the Clash for violating the “yellow line” rule, and Dale Jr. has had enough of it.

At the Clash, Stenhouse tried to pass on the inside, between the No. 18 of Kyle Busch and the yellow line. When Busch forced Stenhouse below the yellow line, Stenhouse stayed on the gas and passed Busch  as he came back on the track.

According to NASCAR, that’s a penalty because the rule — which only applies to Daytona and Talladega –was implemented to keep cars from driving onto the apron to make passes.

Stenhouse wasn’t at all happy, and threatened to wreck a driver next time.

Next time I’ll turn him crash the 17 car field and then be the arca race cool https://t.co/6wIDgyEfWy

And, he picked up some support as Dale Earnhardt Jr. weighed in and questioned the rule.

That’s not always been the case for the last 15+ years. When did this change? We have allowed others to advance if it was clear they were forced below the line. https://t.co/dfQU6q0i4V

NASCAR official Steve O’Donnell then weighed in and said the rule is clear.

Can’t be more clear than what is played at every Speedway driver meeting and was talked about this morning as well. You can’t advance your position. Only judgement is if position was immediately given back. It was not. https://t.co/KenHUkpumO

Clear as mud. Let’s get rid of the yellow line rule and both be happy. https://t.co/mBVgnMmKlS