Here’s the first look at the 2018 Jeep Wrangler 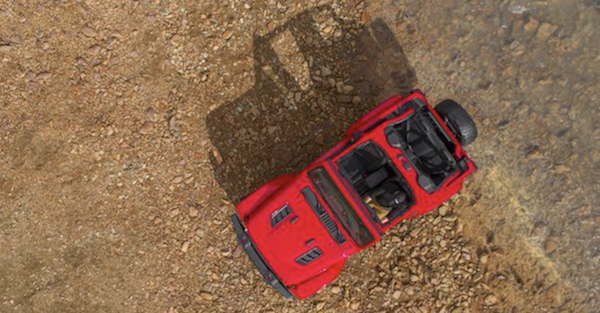 Jeep has just released pictures of their completely redesigned Jeep Wrangler at SEMA, and it looks awesome.

To be fair, it looks very similar to the last generation and that looked pretty similar to the generation before and so on. The Wrangler is an Icon and Jeep wants to keep it totally recognizable at first glance.  Updates to the exterior include a somewhat bulging front grill, turn signals moved to the front of the fenders and the headlights that look to be high intensity LED units.

Jeep released three pictures of the new JL Wrangler at SEMA.  The first picture shows a four-door Sahara and the next two are of a two-door Rubicon with its doors and top removed, and windshield lowered.  Jeep fans can breathe a sigh of relief that everything can still be removed, and that the windshield is easier than ever to lower.  Since Jeep designed a new roll bar that features A-Pillar Tubes, it?s now possible to lower the windshield without having to remove the bars that used to run on top of the front doors.

Specifications won?t be released until its official Debut at the LA Auto show, but expect most of the improvements to be in the drivetrain and technology department.

Related: Here’s how the Jeep Trackhawk comes from the factory faster than a Dodge Demon