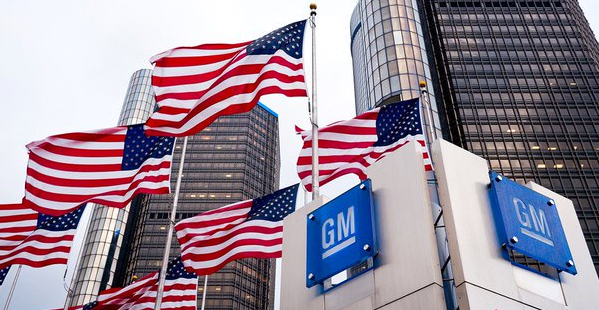 General Motors certainly has made big gains in the last couple of months when it comes to its autonomous driving technology.

The Detroit company recently debuted its new SuperCruise system in the Cadillac CT6, allowing the car to drive itself on the highway in certain situations.

To accomplish this task, GM engineers loaded up the CT6 with a bunch of high-tech gadgets, including cameras, sensors, and radar, so the car can steer itself at speeds up to 85 mph once the vehicle has been centered in its lane. However, the SuperCruise system only represents level two autonomous driving since it cannot pass cars by itself or steer onto a highway exit ramp.

One company that does say it has the technology to accomplish those tasks are Tesla. In fact, Tesla CEO Elon Musk has gone on record declaring that all Tesla vehicles produced after October 2016 ?have the hardware needed for full self-driving capability,? according to Autoblog.

This assertion seeming caught the attention of GM?s Director of Autonomous Vehicle Integration Scott Miller because he recently told Australian reporters that Musk is ?full of crap? in regards to his claim about Teslas having level five autonomy.

?The level of technology and knowing what it takes to do the mission, to say you can be a full Level 5 with just cameras and radars is not physically possible,? Miller said, according to The Drive. ?I think you need the right sensors and right computing package to do it.?

Miller also pointed out that GM plans to launch its own level four autonomous technology ?within quarters,? but this tech is for its ride-sharing systems. What?s more, Miller doesn?t believe level five autonomous driving can be accomplished at all without the aid of radar-based lidar systems, which measure the speed of other objects on the road.

Current Tesla models do not come standard with lidar.  The reason for this could be Musk criticism the technology costs too much and it doesn?t work in inclement weather, according to Auto Evolution.

Still, with neither company currently providing any proof of possessing level five technology, the race to full-on autonomous driving is still in its early stages.