Scotland has stumbled upon an incredible new biofuel 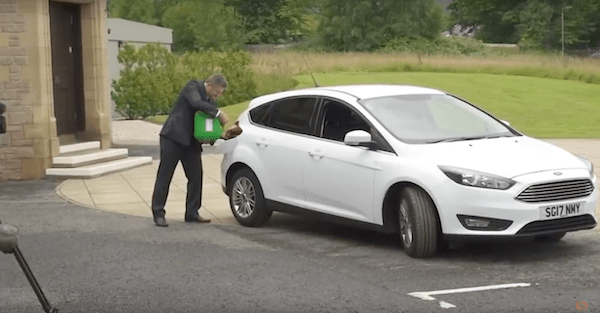 Finding a suitable alternative fuel to replace gasoline and diesel has proven to be one tall order.  We have some companies putting all their eggs in one basket and going with electric, others are trying hydrogen and some biofuels.  Leave it up to the Scottish to give Whiskey a try.

That’s right, the same stuff you pour liberally in Coca Cola to get the night off to a good start can also power a gasoline car, apparently without doing any other modifications to the engine.  Now to get specific, we are not talking about straight up pouring Jack Daniels into your gas tank and going on your merry way.  What the Napier University in Scotland has done is created a bio fuel called Biobutanol.

Partnering up with Perthshire’s Tullibardine Distillery, Celtic Renewables Ltd. of Edinburgh, they have combined two residues from the fermentation process that are normally wasted and can be used to make Biobutanol. This fermentation process is actually about 100 years old and has long since been abandoned until now. The president of Celtic Renewables Martin Tangney had this to say to the BBC:

“What we developed was a process to combine the liquid with the solid, and used an entirely different traditional fermentation process called ABE, and it makes the chemical called biobutanol. And that is a direct replacement, here and now,  for petrol. This is the first time in history that a car has ever been driven with a biofuel produced from whisky production residues.”

Celtic hopes to begin talks with other Whiskey producers that would surely include some of America’s largest. Celtic predicts that partnering with distilleries in Scotland alone, they could produce about 50 million liters of biofuel a year. They have already received millions in grant money and hope to be fully operational in 2019. This is definitely news we can all drink too.

Related: One major automaker is ready to abandon the internal combustion engine