Learn the secrets to a good tune from the ultimate expert 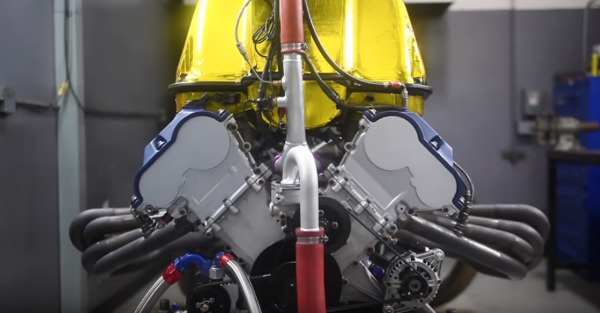 Suck, bang, blow is quite possibly the easiest explanation for how an internal combustion engine operates.  It’s also the most suggestive phrase used in the automotive world and simply tells a story.  An intake charge coming into a cylinder, ignition after compression of said charge and the grand finale consisting of a piston pushing out what remains.

If you think the story ends here then you haven’t heard what Steve Dinan has to say about tuning the Engine Control Unit or ECU that controls modern engines.  Steve owns Dinan engineering in Morgan Hill, California and is one of the most popular BMW tuners in the world. Recently on /DRIVE  Steve shared his experience in the old days of ECU tuning along with current practices, tuning race cars and the future of the business.

He begins with a personal history lesson of starting off in 1982 with a computer controlled BMW 3-Series.  The early 80s saw the end of carburetors and distributor ignition in favor of a much more precise form of engine control.  He mentions the first computer chip they hacked had only 4k of memory, 100 times less storage than the original Apple computer in 1984. Steve begins to explain the theory behind tuning:

Peak torque is at the point in an engine that everything is just right. At every other RPM, the engine settings are not quite perfect, but can be improved with tuning the ignition timing and fuel. Modern engines give us the wonderful capability of variable valve timing. Although first used by Alfa Romeo and Nissan, most associate the early days with Honda’s VTEC system. Add in turbo chargers, drive by wire throttle and direct injection and Steve believes the peak torque band has widened from about 500 rpm in the old days to about 4,000 rpm worth of peak torque on something like a modern BMW.

Tuning a gasoline engine is always limited by the fuel being used. Octane translates to the level of resistance to burning of a fuel. Putting 93 octane in a 95 Corolla isn’t going to get you anything but a thinner wallet. Fact is, the lower compression engine will have a harder time igniting the fuel. At the opposite end of the spectrum are engines with any form of forced induction that can almost always benefit from higher octane fuel. Steve reports that a newer BMW can gain as much as twenty horsepower just by adding race fuel with a standard tune. Buying a mail order tune or “chip,” on the other hand, will likely get you nothing. Especially on a naturally aspirated engine. Save your money for a free flowing exhaust and intake before getting a tune.

He then explains that even the most radical track only car can benefit from tuning low load and rpm areas of the map for smooth acceleration and fuel efficiency.  When you think of the time wasted in the pits refueling, you can begin to understand why every aspect of the tune is important.

Engine management is always evolving. We live in good times now where plenty of software is available to modify how our car’s ECU thinks.  That may not always be the case. Mr Dinan is currently working on complete ECU replacements. The reason is that auto manufactures don’t want you messing with their stuff.  They have systems in place now that can tell if you have changed something in the tune and will set tamper faults indicating you’ve done so.

Now before you drop everything to order the latest tuning software for your ride, remember a few things.

Tuning is not easy and you can literally destroy your engine if you don’t do it just right. So many times we see racers blowing up their motor claiming it just had too much power.  A look at a melted piston tells a different story.  Detonation from improper tuning is more often the cause of engine failure in racing today. Even performance tuning shops can get it wrong. Making the decision on who you trust to tune your car is more important now than ever.

If you want to begin tuning, start with very low ignition timing and get the fuel right first. Slowly advance the timing and you are off to a good start. If a classroom is more your style, you can even go to tuning school. Check out the cleverly named The Tuning School in Florida.

Lastly if you own a BMW,  just bring it to Steve.