These Incredible Top Car Tech Trends Will Blow You Away 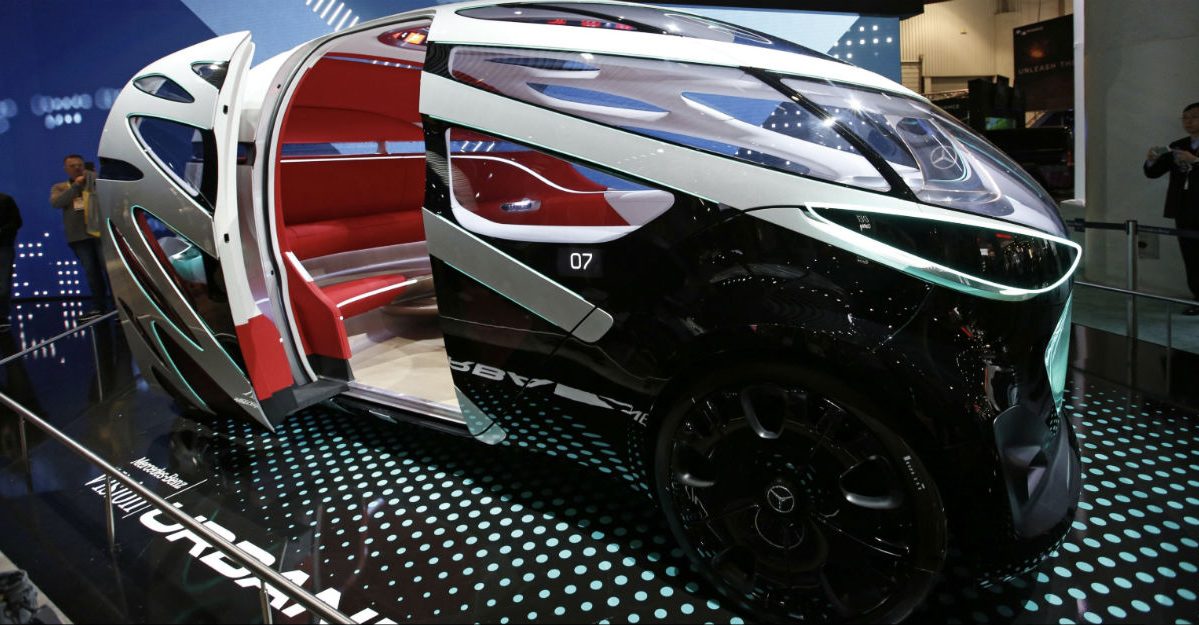 Every year at the International Consumer Electronics Show (CES) in Las Vegas, we get a glimpse of what vehicles may be ? and what they could do. The event has also become an annual progress report on the latest electric vehicles and how close we are to ?full driving automation,? as the Society of Automotive Engineers calls it. Here are a few vehicle trends from CES that you?ll see in the immediate future and some others that are much further away.

Byton, a Chinese electric automaker, is revealing its plan for bringing the M-Byte SUV to the United States, along with a close approximation of its high-tech interior. The company says it intends to retain many of the unique ideas from its concept vehicle, such as a 48-inch curved dashboard display, a touchscreen on the steering wheel, and the first inward-rotating front seats in production.

This equipment once took up all the trunk space and roof of a test car. On the TRI-P4, it?s slimmed down enough to make the cargo area usable. The roof sports what looks like a high-tech helmet rather than a collection of bolted-on electronics. Toyota will test the TRI-P4, based on the fifth-generation Lexus LS, in its Chauffeur and Guardian driving automation modes.

The Chauffeur mode employs full driving automation, essentially taking over for a human driver, said Ryan Eustice, senior vice president of automated driving at TRI. The Guardian mode is designed to ?amplify? human performance behind the wheel, not replace it, he said.

? Hyundai Elevate: What do you do after a disaster when heavy debris blocks emergency vehicles? Hyundai?s solution is the four-legged and four-wheeled Elevate vehicle, which will walk or climb over the most treacherous terrain.

? BMW Vision iNext: This is a design concept that will influence the direction of the company?s next-generation electric vehicles. Inside, it features something BMW calls ?Shy Tech.? These control interfaces are integrated into the interior materials and only appear when your hand touches a specific point. The goal is to create interiors that look cleaner and offer utility just when you need it.

? Mercedes-Benz Vision Urbanetic: This concept is aimed at ride-hailing and delivery fleets. It features an electric drivetrain and switchable bodies that can accommodate people or goods for delivery. When equipped with the ride-hailing body, it can seat up to 12 passengers. In cargo configuration, it can accommodate items on 10 40-by-48-inch pallets. The Urbanetic is also designed to be part of an autonomous fleet that can be programmed with efficient routes based on a company?s needs.

This is the year that cars equipped with virtual assistants pull into showrooms. These helpers differ from Alexa, Siri and the Google Assistant by focusing on vehicle functions rather than doing your bidding via a smartphone or smart speaker.

The Mercedes-Benz?s MBUX software interface made its first appearance last year at CES on the all-new A-Class sedan, which will be widely available early this year. Now MBUX is back in yet another new car: the 2020 Mercedes-Benz CLA. MBUX will get a few new features, such as gesture-controlled lighting, for its CLA debut.

BMW?s answer to MBUX is the Intelligent Personal Assistant. It makes its first appearance on the redesigned 2020 3 Series and eventually will be featured in the rest of the BMW lineup.

Both systems use natural voice commands to control different aspects of the vehicle. For example, if you say, ?Hey BMW, I?m cold,? the BMW Intelligent Personal Assistant adjusts the temperature inside the car. It can also serve as a paperless owner?s manual, telling you how a certain feature works or providing current vehicle status. You could check the oil by asking, ?Is the oil level OK?? Or you could say ?I want to relax,? and the assistant would change the settings on the radio station and adjust the climate control to ease your stress.

Audi is showing a new entertainment format, which it says will transform a vehicle into a ?special movie theater experience.? For now, the system is designed to work only when the vehicle is stationary, but Audi imagines a world in which the car is so good at driving itself that its passengers will need some amusement to pass the time. What better way to do that than to catch up on the latest movie?