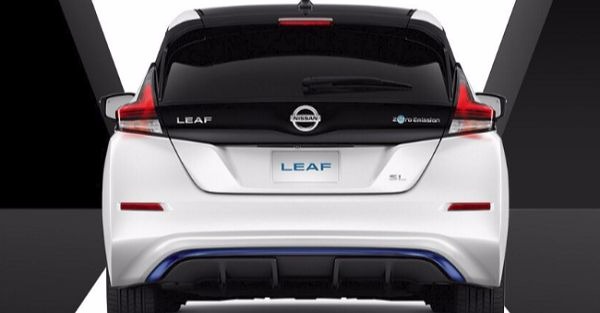 At the beginning of September, Chevy proudly announced it sold more than 2,000 Bolt EVs in August, surpassing sales of the Tesla Model S in a month for the first time ever.

Now, just off the heels of that significant milestone, the Bolt has a new competitor to deal with in the form of the second-generation Nissan Leaf.

For the record, the Nissan Leaf just so happens to be the best-selling electric vehicle of all time. However, Nissan’s popular EV has been surpassed by the Chevy Bolt and Tesla Model 3 when it comes to both range and power, so that’s why Nissan decided to redesign the Leaf EV for the 2018 model year.

While the first-generation Leaf provided a respectable 107 miles of driving range, the second-gen model features an improved battery design that increases range to 150 miles. That figure still falls short of the 238 miles provided by the Chevy Bolt and more 200 miles that comes with Tesla’s Model 3, but Nissan seems to have thought about this and has a trick up its sleeve.

Even though the Chevy Bolt and Tesla Model 3 has relatively affordable MSRPs in the mid-30,000s, Nissan plans to undercut both vehicles by offering the Leaf for a starting MSRP of just $29,990. That means with certain government incentives some consumers could take home a new 2018 Nissan Leaf for as low as $23,375.

But, the question is will consumers want to spend less if that means getting an electric vehicle that can’t be driven as far?

The answer is they will if they want Nissan’s high-tech driving features that are available with the New Leaf, which includes e-Pedal and ProPilot.

Needless to say, the EV market just got a little bit more interesting.