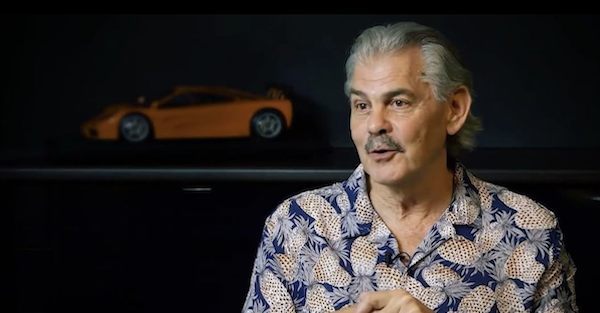 Murray, the brain behind the iconic McLaren F1 and Mercedes SLR, said during the announcement that his first car will be a flagship model and will:

?Buck the current trend for ever more complicated and heavy vehicles.?

The amazing F1 weighted only 2,500 lbs, yet produced 627-horsepower and had a maximum speed of 240 mph. The car was simple yet strategic, and Murray claims his first car will also:

?Demonstrate a return to the design and engineering principles that have made the McLaren F1 such an icon.?

The car will be built using Murray?s iStream production method. This unique build process uses a frame that?s constructed from steel tubes that are then bonded with lightweight fiber-glass body panels. Murray claims these panels have a better specific strength and energy absorption when compared to aluminum and steel. The entire process is fully-automated and much more scalable then current production methods. This means multiple vehicles could be produced at the same factory, and changes on the production line can be implemented quickly.

In a report from Autocar, Murray says his goal is a supercar that weighs less than 2000lbs. The McLaren F1 is already thought of as the world?s greatest supercar, so is Murray trying to outdo himself yet again? Lets hope so.