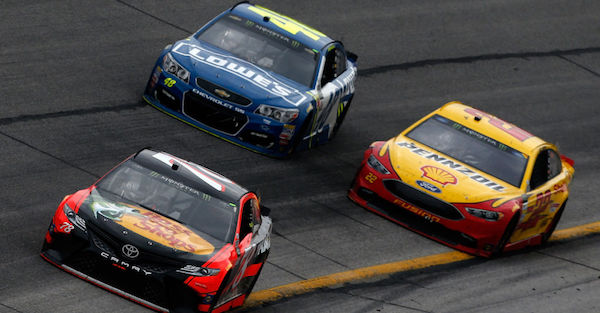 A pair of NASCAR drivers were nominated for a 2017 ESPY for the Best Driver category. Jimmie Johnson and Martin Truex Jr. are two of five drivers nominated in the category.

Truex won four races last year, and he’s already captured two wins this season. He is currently second in the NASCAR standings, and he has the most playoff points of any driver this year with 21.

Johnson and Truex are arguably the top two drivers in the sport right now. Both are already locked into the playoffs, and they will be among the favorites to win the championship.

The Best Driver ESPY award has been given out since 1993, and Johnson is tied with Jeff Gordon for the most wins with four. Johnson won four straight awards from 2008-2011.

You can vote for the Best Driver and other ESPY categories here. The ESPYs are July 12 at 8 p.m. ET on ABC.