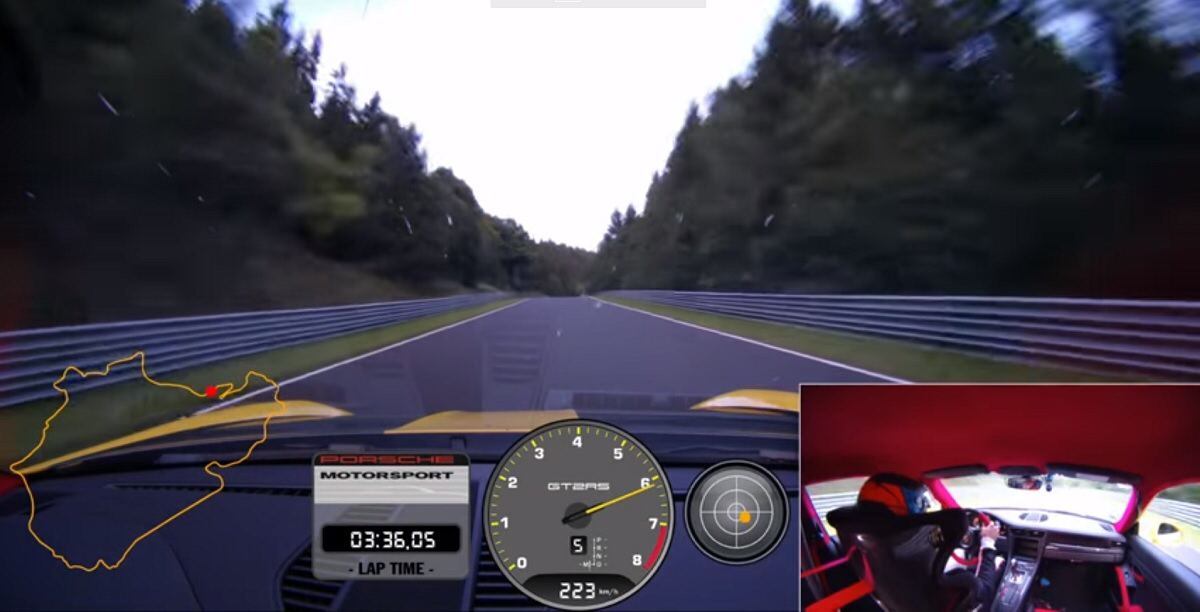 I told you a week ago that Porsche probably broke the lap record for a production car run on the Nurburgring in Germany. Well, you can take off the probably.

Porsche released the official times from the September 20th run and they are staggering. The Porsche 911 GT2 RS lapped the Nurburgring in a time of 6:47.3, nearly five seconds faster than the previous record held by the Lamborghini Huracan Performante. Check out the video above of the run.

Car Throttle reports Porsche sent factory driver Nick Tandy and test driver Lars Kern to the course with the goal of besting the record. Kern?s first attempt produced a lap of 6:52.01, with a second go netting the record. The average speed for the run was 114 mph.  Think that?s not impressive?  Consider this.

The Nurburgring in Germany is widely considered about the most difficult and unforgiving track in the world. It is nearly 13 miles long and has a crazy number of hard corners, making any speed short-lived.

I had previously reported photographers from Bridge To Gantry had been snapping photos at the start/stop line and estimated the lap to be 6:54, BUT were unsure because of the angles from which the pictures were taken. Coming in at an official 6:47, a full 7 seconds quicker?let?s just say these guys shouldn?t do estimating for a living.