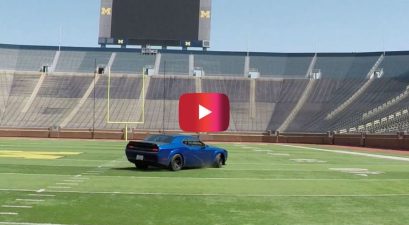 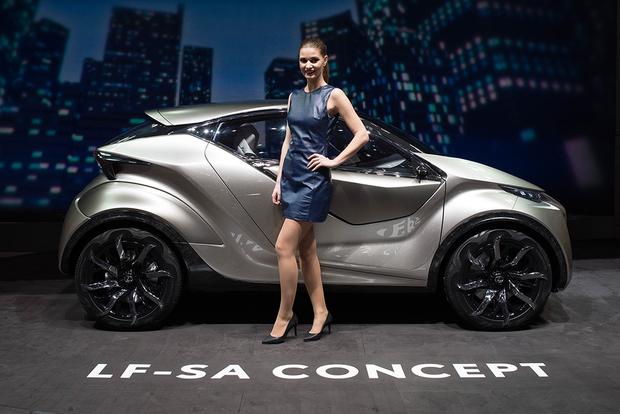 The Lexus LF-SA Concept previews an all-new futuristic subcompact Lexus. Standing at just 135.8 inches long, the LF-SA slots somewhere between a smart fortwo and a MINI Cooper in overall length, a size that would make it Lexus’s smallest-ever car if it sees production.

Despite its small size, however, the LF-SA Concept has a highly impressive appearance. It offers a coupe-like profile along with huge, eye-catching wheels, Lexus’s striking new grille design and a unique rear end. We can’t remember a tiny car that boasted so many attention-grabbing lines. The bold styling continues on the inside, which is home to a futuristic cabin.

Speaking of the LF-SA’s interior, Lexus says that the compact car is practical, too. The LF-SA boasts a 2+2 cabin layout, or enough room for four occupants. Still, the car’s interior is designed to prioritize the driver, given that most city-driven vehicles make do with sole occupancy.

Unfortunately, Lexus has announced no other details about the LF-SA Concept, such as the powertrain or the small car’s chances of making production.

Will They Ever Sell It?

Although we wouldn’t be surprised to see a subcompact Lexus reach production in some form, the LF-SA is likely far too wild for public roads and mass production. It’s missing key regulatory elements such as mirrors and crash-safe bumpers, and the car’s design would likely be too costly to replicate in large-scale production. But don’t count out a small Lexus just yet, especially one based on the brand’s Scion iQ city car. If enough city-dwelling shoppers ask for it, the luxury brand might deliver.

Although Lexus has consistently been a highly popular luxury car brand, the automaker spent the last few years focused on a few key segments. The Lexus LF-SA Concept shows that the brand is intent on expanding. While this exact concept car is unlikely to reach production, we wouldn’t be surprised if it previews Lexus’s thoughts for the future of its lineup. In that sense, the LF-SA is especially important to European auto show attendees in Geneva, who tend to prefer smaller cars.