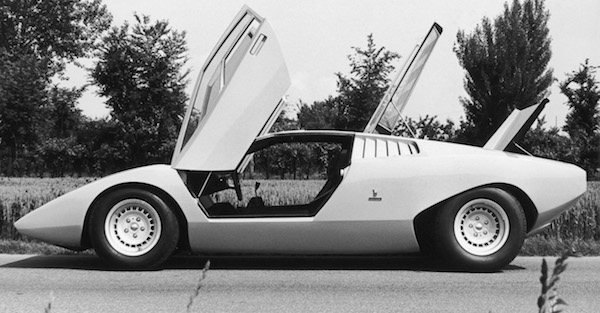 A former junior car salesman in Oxford, England shared a story on Reddit of the time he figured out a way to test drive a Lamborghini Countach using his Volkswagen Golf.

In the late 80s in England, the man had a slow morning at his job, and he told his coworker he wanted to test drive the new BMW M635. While he couldn’t afford the BMW, he at least wanted to see if the dealer would let him test drive the car.

So he took the new Golf, which he said cost a little over 13 thousand Euros, and he made his way down to the BMW dealership. He told the salesman he wanted to trade his car in for something a little faster, and the dealer offered to let him test drive the M635. The man said he wanted to test drive it, but he had to go about 30 miles out of town. So the car salesman offered to let him keep the car overnight.

Related: The BMW X7 iPerformance Concept Will Blow Your Mind

The man was amazed he was able to test drive the BMW and keep it overnight, and he went back to tell his coworker how he pulled it off. The coworker was surprised as well, and he said he should try to test drive an even better car.

He was only gone about 15 minutes, and he returned to his coworker triumphantly.

“I still remember clearly bursting into almost hysterical laughter as I drove out of sight of the dealership and floored the flat six, charging back down the road towards my work,” he said on Reddit.

They discussed whether they could possibly upgrade again, and they ultimately decided to see if they could test drive a Lamborghini.

Eventually, he managed to test drive a bright yellow Lamborghini Countach. He said he cruised around town for an hour driving the Lamborghini.

However, he said his favorite car he drove wasn’t the most expensive.

“My favourite of the cars? The 911,” he said. “The Countach? A total dog of a car. It was almost impossible to drive.”

It’s an incredible story, and it sounds like a really fun day to drive all of those very fast sports cars.