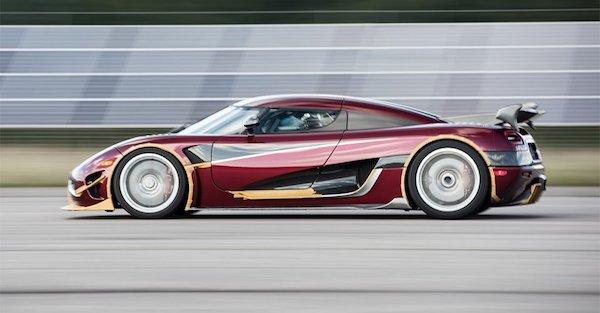 Koenigsegg has accomplished something truly incredible with the Agera RS. It beat the Bugatti Chiron to 249 mph and then back to 0 by nearly 5 seconds!

Niklas Lilja drove the car for the test run, which took hours to complete. Lilja had to slowly nurse the car to speed by increments of 10 mph before he was comfortable completing the run, which didn’t go off without some hiccups. The test was initially supposed to go off at Papenburg test track in Germany, but the weather was awful, so the initial plan needed to be scrapped.

Fortunately the owner of the Agera was eager to prove the superiority of his car, so the venue was quickly switched to an old airfield in Denmark, Vandel.

The Agera was able to complete the run in 36.44 seconds, compare that to the Chiron’s 41.96 seconds. Christian von Koenigsegg couldn’t be prouder, saying,

“A result like this does not just happen. It may have only taken a few hours of driving to complete this run, but we cannot overlook all of the work that went into creating the car in the first place. Building these cars takes everything we have. We give it our all, every day of the week.”

Hopefully this is the start of a speed war between Koenigsegg and Bugatti.