How Red Became the Go-To Color for Sports Cars 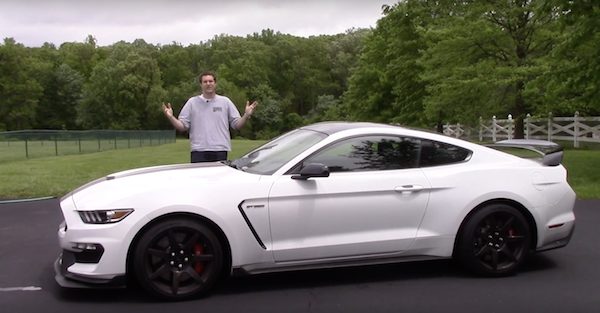 On its 6th generation, the Ford Mustang is just as much of an icon now as ever before. Ford has pulled out all the stops with this new breed and giving buyers many options and ways to configure their Mustang was top priority. We now have the choice of four totally different engines. There is the base car with a V6 with 300 horsepower, a turbo 4 cylinder EcoBoost with 310 horsepower, the popular GT with a V8 and 435 horsepower and the Granddaddy of them all: The 526 horsepower Shelby GT350.

Now even with the ultra high performance Ferrari beating GT350, you get yet another option. You can choose to add an R to the name. That’s right, there is a performance version of the performance version. The R version comes with fewer standard convenience options, a rear spoiler along with other aero improvements, carbon fiber wheels and an even sportier tuned suspension. The price range is also bigger than ever before with the base model starting at $25,000 and the GT350R starting in the mid $60k range. Then there is mark up. Oh yes, you don’t think dealers would let this pass through without getting their cut, did you? The cheapest one on autotrader is $88,000 and is used! Some are close to 100k, and the most expensive we found was a whopping $135,000!

Doug Demuro goes more in depth on exactly what separates the two versions of the GT350 and what it’s like to drive this beast of a Mustang.
Before you scoff at the price, try this: close your eyes while listening to that glorious flat plane V8. If you didn’t know better, you’d swear it’s something out of an exotic Italian car and not a Ford Mustang.
Related: See which Shelby GT350 real Mustang owners prefer