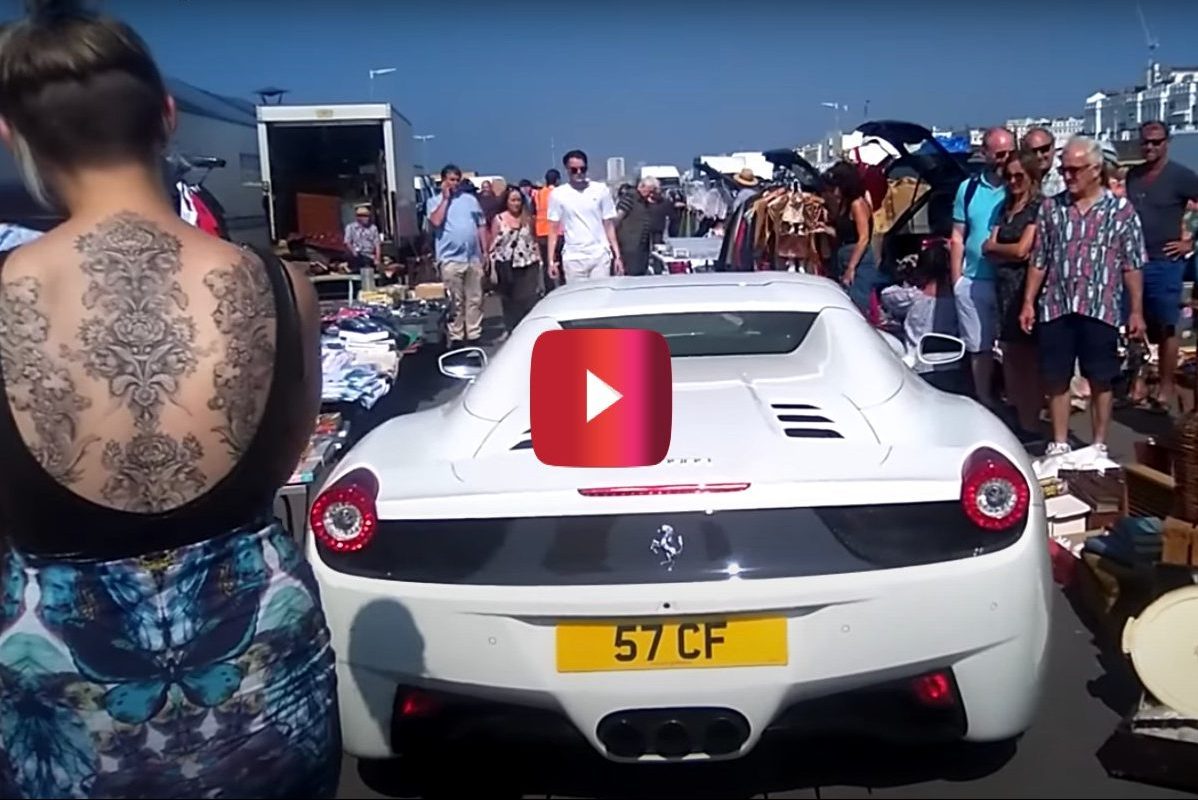 We have all thought about it. You see a “No Parking” sign, but think you can get away with it and take the chance. The consequences are known, and you take the gamble, win or lose.

Now, it is one thing to risk getting a ticket or getting your car towed if you get caught, but why on earth would someone park where it’s clearly marked that an antique show is going down the next day? You should know that there are hundreds of tables, thousands of people, and millions of chances that your car is going to get scratched, dinged, dented, or worse.

To top it off, in the video, the driver who took this dangerous path drives a white Ferrari. Talk about the ultimate double whammy!

Read More: The Most Expensive Car Sold at an Auction Is This 1962 Ferrari 250 GTO

Now, this situation would suck for anyone, because you’re basically stuck after they set up the whole show around you. But, for him, any potential damage to his car could cost thousands, and it would have been all his fault.

The Ferrari had to inch out very slowly, and even had the gall to yell at people in his way. It probably would have been easier to just enjoy the show and wait it out. Who knows? He could have found a cool antique Ferrari plaque or something.

So, for a little backstory, the incident in question went down at a car boot sale — a market where folks come together to sell household and garden goods — in the British city of Brighton. Spoiler alert: The $200,000 Ferrari was not one of the items for sale.

While the owner did find himself in a pretty crappy situation, there is a little bit of joy that comes with seeing a cocky driver with an expensive car get completely and totally owned.