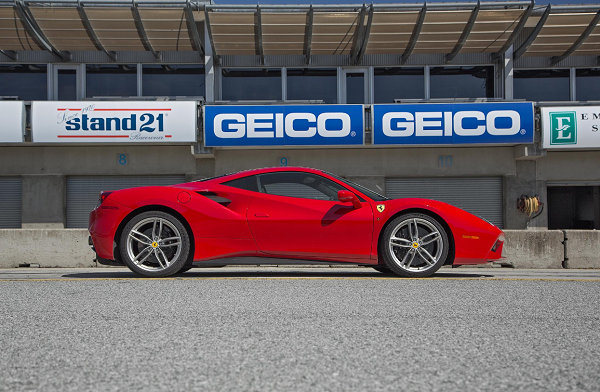 In the last 10 years, a number of high-performance vehicles have earned Motor Trend’s Best Car to Drive honor, including the iconic Porsche 911, stylish Audi R8, and popular Ferrari 458 Italia.

For 2017, Ferrari took this honor again with a vehicle that’s actually based on the award-winning 458 Italia. That supercar we’re referring to is the Ferrari 488 GTB.

While the front half of the 488 GTB is largely borrowed from the 458 Italia, most of its parts have been enhanced and upgraded. This includes the addition of an electronically controlled drag-reduction system and blow diffuser in the back of the car that was inspired by Formula 1. Those components, along with a 661-horsepower engine and dual-clutch transmission, allow the 488 GTB to rocket from 0 to 60 mph in just 2.7 seconds, according to Motor Trend.

“In nominating the Ferrari 488 GTB as its Best Driver’s Car, Motor Trend is celebrating those characteristics our clients recognize and demand,” Ferrari’s Chief Marketing and Commercial Officer Enrico Galliera said in a statement . “We are committed to developing Ferraris that excel in terms of driving pleasure?usable performance, razor-sharp responses, and great handling. In other words, the quintessential sports car.”

To become Motor Trend’s Best Car to Drive for 2017, editors from the publication put the Ferrari 488 GTB through a variety of tests on racetracks such as Mazda Raceway Laguna Seca and Auto Club Speedway, as well as another evaluation on a closed section of California State Route 198.

In case you’re wondering, that’s more than $1.9 million worth of sport cars.