A Chicago school has the best reward for successful teens 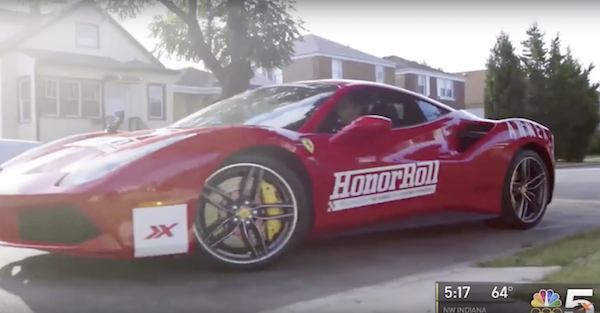 Making the honor roll in high school is no easy task. It takes a lot of hard work, dedication and brains. Getting rewarded for the achievement usually comes in the form of college acceptance or a pat on the back, but for some kids at Wells Community Academy in Chicago, the deal was just made a lot sweeter.

This year, eleven returning honor roll students were given the ride of a lifetime in either an exotic sports car or a helicopter. The idea originated from an ad agency called The Annex, who partnered up with a traveling track-day group called, Xtreme Xperience. The students were given a ride in either a Ferrari 458 Italia, a Porsche GT3, an Audi R8 or a Lamborghini Huracan. The students that outperformed everyone were rewarded with a helicopter ride over the Chicago Skyline.

The program is truly amazing and since it started last September the amount of honor roll students at Wells has doubled. Here?s what the art director at The Annex had to say according to dnainfo.com:

“Let’s shift the perception of school. No more gold stars; this is a real activation, a cool experience for students who might not know that the whole community is behind them.”

Related: Supercar drivers and the public have a very strained relationship