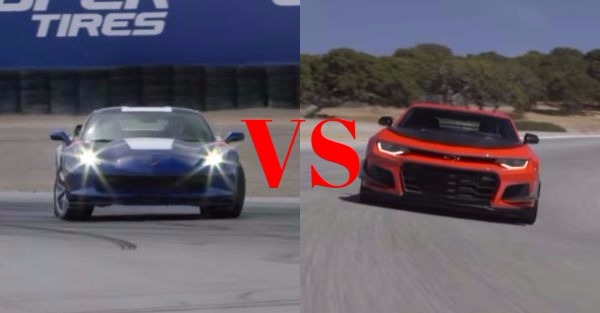 Motor Trend does a yearly test where they put all of the year’s hottest sports cars to the ultimate test. They track test them, they daily drive them, they run them on canyon roads and at the drag strip. They get to know every inch of every contender before making their decision. They then have to explain themselves, which they do here.

Unfortunately, (Spoiler alert!) the two American entrants could not pull off the upset and the Ferrari 488 GTB won the title of best driver’s car. However, they did surprisingly well with a fourth and a seventh place finish.

What is odd is which one was which. The Camaro actually beat out the Corvette! While the track test is not the end all be all of Motor Trend’s process, it is hard to get past the fact that the Camaro beat the ‘Vette by over a second around Leguna Seca. This won’t sway fans of either car, and there is a lot more that goes into a purchase than what a magazine says is the better “Driver’s car,” but still: Wow. Just bask in the awesomeness that is two high performance Chevy products that competed with the best of the best.

Related: Here’s a history of the Chevrolet Camaro, one of America’s most storied cars