Here’s a history of the Chevrolet Camaro, one of America’s most storied cars 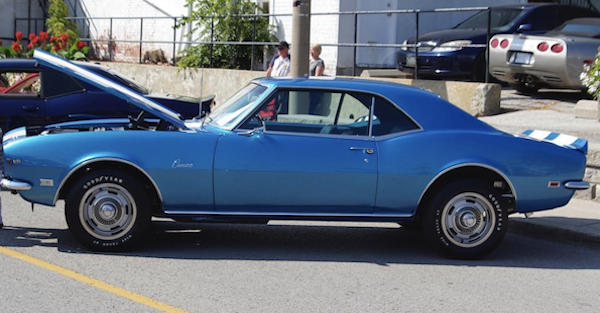 The Chevrolet Camaro began life in 1966 as a 1967 model year. It was Chevrolet?s direct answer to the popular Ford Mustang pony car. The first generation was short lived only running from 1967 to 1969. The Camaro, and brother Firebird, were both based on the F-Body platform. They could be had as a 2 door coupe or convertible with 2+2 seating. There were 7 engine options for the 1st gen ranging from an inline six cylinder, to a 396 cubic inch V8. The first generation Camaro is considered to be the most sought after models from a collectable standpoint.

The 2nd generation Camaro was released for the 1970 model year. It was completely redesigned but still used the same F-Body platform. This generation ran all the way until 1981 with multiple minor design changes during the 11 year span. Engine options were plentiful but with the gas crisis in the 70s these Camaros were severely underpowered and therefore less desirable.

1982 brought us the 3rd generation Camaro that was once again based off the aging F-Body platform. These were the cars that first introduced modern fuel injection, a 4-speed automatic transmission, larger wheels and brakes and the famous IROC-Z. There were 4, 6 and 8 cylinder options for these cars with the tuned port 350 being the most powerful at 245 horsepower. This was also the beginning of the popular 1LE suspension package we see on the new Camaro.

Starting in 1993 Chevrolet gave us the 4th generation F-Body Camaro. Starting off, the V8 equipped cars came with the same 5.7 liter LT1 V8 we saw in the Corvette. It was detuned to 275 horsepower and in 1996 and 1997 we saw a 305 horsepower version for the SS branded Camaro. In 1998 the 4th gen Camaro received the almighty LS1 engine pushing out 305 horsepower for the Z-28, and eventually 325 horsepower for the top-of-the-line SS. These cars gave us the 6-speed manual transmission and the electronically controlled lockup torque converter 4l60e.

After an 8 year break, Chevrolet blessed us with yet another Camaro. This one was based on the newer Zeta platform and was partially designed by the Australian branch of GM called Holden. The SS model Camaro came with the Corvette?s LS3 engine that was rated at 426 horsepower with a manual transmission, or 400 horsepower with the automatic. A 580 horsepower ZL1 was released in 2012 and in 2015 we received a Z06 Corvette powered Z28 model with 505 horsepower.

Currently we are on the 6th generation of Camaro and thankfully its sits on a much lighter Alpha platform. The new Camaro SS is powered by the Corvette?s new 6.2 liter LT1 V8 that makes 455 horsepower and the ZL1 is back with the Z06?s 650 horsepower supercharged V8. You can opt for either a 6-speed manual, an 8 speed automatic or a 10 speed automatic in the ZL1 only. The 1LE package is now an option on either a V8 or V6 powered Camaros including the ZL1.

There is a ton more to the story of the Camaro but this should bring you up to date.