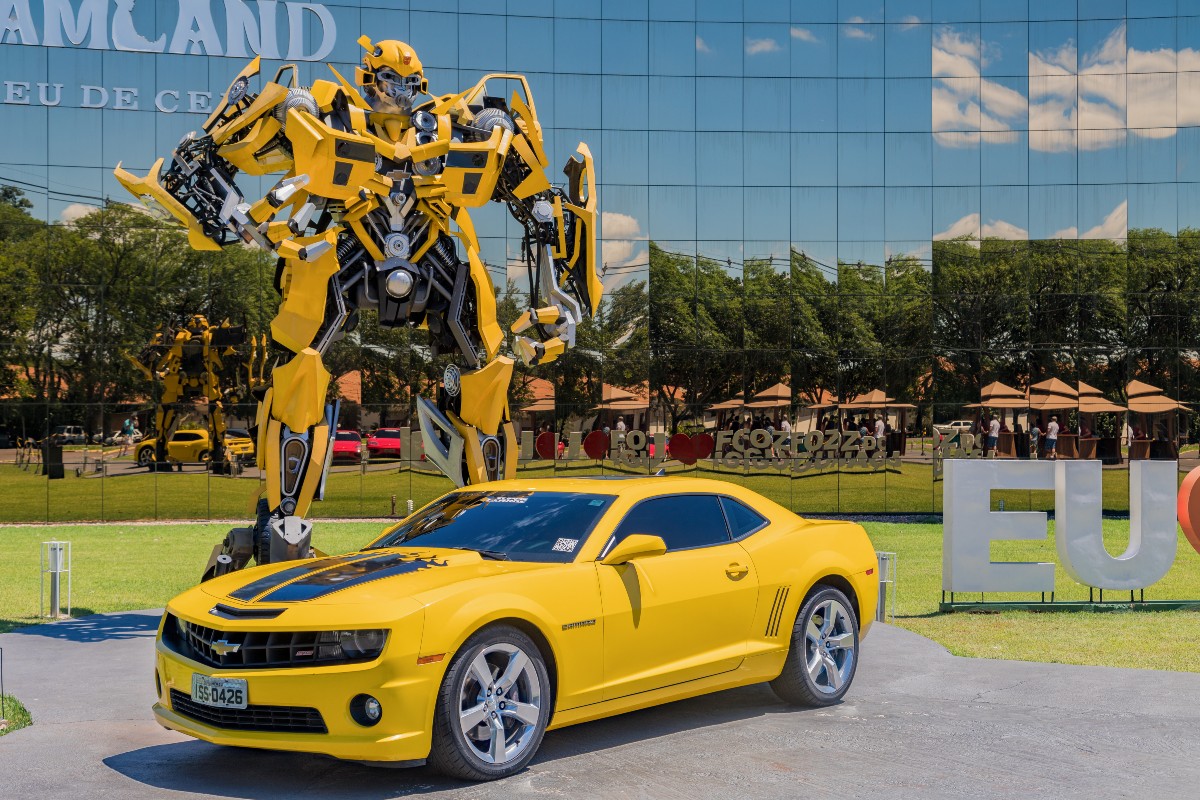 In the earlier days of the Transformers series, you might remember that the Transformer Bumblebee actually used to be a Volkswagen Beetle. However, when director Michael Bay brought the movies to the big screen, the Autobot took on new form as a Chevrolet Camaro SS.

While I do agree that the rally yellow muscle car seems more fitting for a giant Decepticon-fighting machine, I was curious as to why they really decided to transition toward the Camaro concept car instead. So, let’s take a look!

The Transformation of the Bumblebee Car

Well, the main reason behind the change is that Michael Bay thought that the VW Beetle reminded him too much of Herbie. It’s hard to make a successful new series of films when all the audience can think about is the self-driving Love Bug race car. It’s an understandable decision that has proven to pay off for the Transformers franchise in the grand scheme of things.

Bay left plenty of Easter eggs in the films to pay tribute to the former VW bug. In the very first Transformers movie, Bumblebee takes on the form of a beat-up, black-and-yellow 1977 Chevy Camaro. The old hot rod sports car is originally stumbled upon at a used car dealership, sitting right next to a yellow Beetle.

The Camaro even damages the other car to ensure that Sam would buy it over the VW. In the rearview mirror of the car, you can see a bee air freshener hanging with the word “Bee-otch” on it. While it was kind of funny, it unsuspectingly culminated in an $850,000 lawsuit over its alleged resemblance to another design.

For the remainder of the Transformers films, the Bumblebee Camaro was here to stay. The Autobot eventually ditched the 1977 model for a newer body style. In the four movies that followed — Transformers: Revenge of the Fallen, Transformers: Dark of the Moon, Transformers: Age of Extinction, and Transformers: The Last Knight — Bumblebee took the shape of multiple variations of the fifth-generation Camaro and newer model years.

As for the other Camaros that were used in the films, they ended up selling at Barrett-Jackson in Scottsdale, Arizona. The collection included the original Transformers Bumblebee, as well as the 2010, 2013, and 2016 models. The movie cars were offered as a set to benefit Operation Homefront, a national non-profit that aims to build strong, stable, and secure military families.

These automotive collectibles brought in a whopping $500,000 at auction. Overall, the Camaros just seemed to fit the bill perfectly in the films, so I’m pretty glad they decided to transition away from the Beetle.