You’ve Never Seen a Beetle Get This Much Air 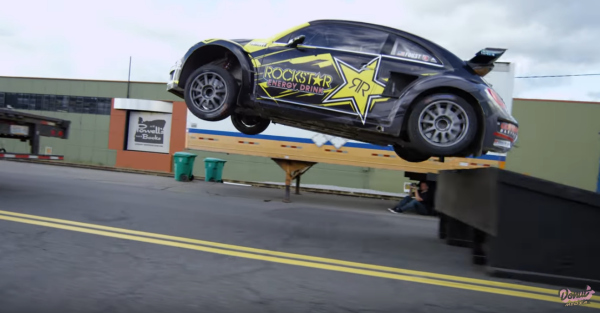 Tanner Faust has been racing rallcross prepped VW Beetles since 2014, but even with 560 HP, the Beetle is rarely the star of young tuners’ dreams. The second coming of the Beetle was a part of a regrettable retro phase in the automotive world where automakers took classic designs and sucked as much cool out of them as possible. VW took the anti-cool measures to the extreme, including flower vases in each Beetle sold.

However, Tanner Faust found a way to get “Beetle” and “Cool” back into the same sentence with this clip of him sliding around an empty complex before jumping across three flatbed trailers taken from his “Quantum Leap” video.

Maybe VW should offer a rally spec Beetle to the public?

Related: [VIDEO] Tanner Foust “Quantum Leaps” Everything Into A Drift-Mobile