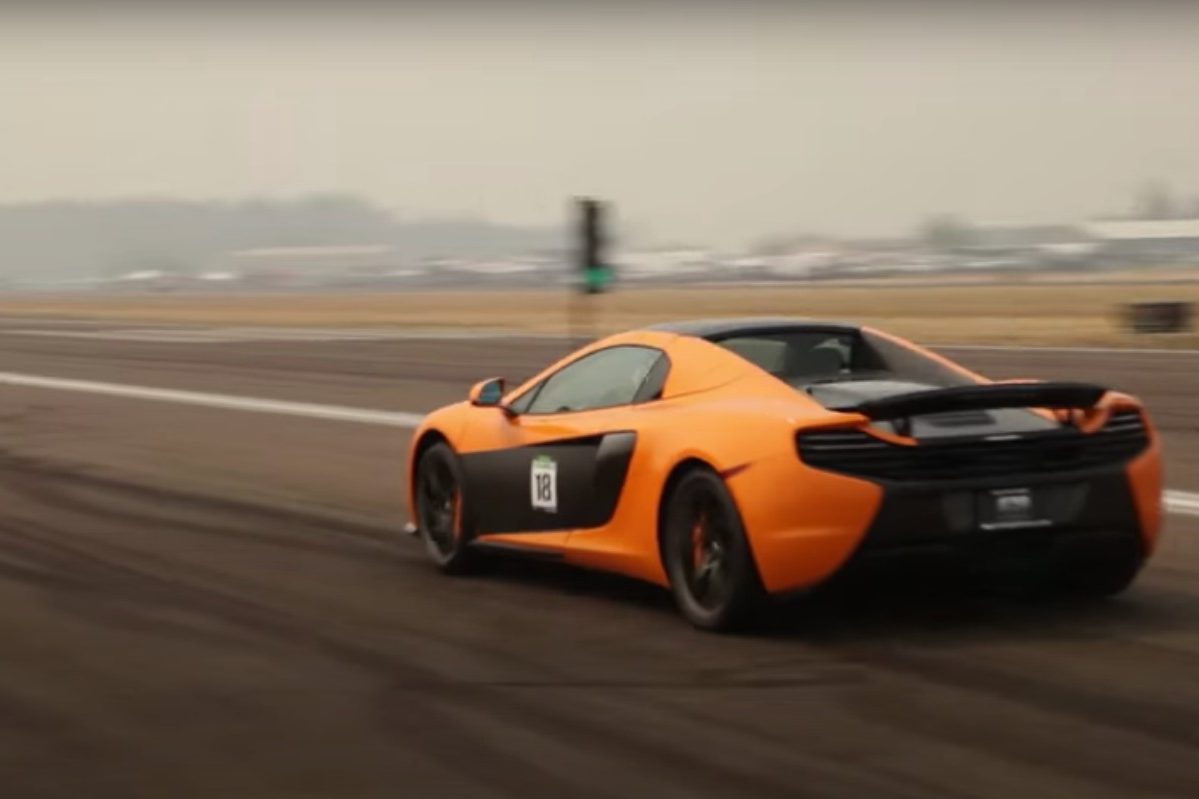 It would be terrible to be the uncle who bought this kid socks for Christmas. Dad, who drives a GT500, dropped serious dime on his speedy 12-year-old.

Seriously, though, a McLaren? Not like a Honda Civic for starters? Just go ahead and give the kid a world-renowned supercar? We guess it helps that the boy finished first in the Half-Mile at Portland’s Airstrip Attack. So, money well spent, right? Damn. Some kids just get all the luck.

Read More: The Car Inspired by a Racing Legend Sold for an Insane Price at the Drop of a Hat

“As cool as the racing hobby is, there’s nothing more badass than watching this father and son share the same passion for speed,” reads the video’s description. “Amrik is the driver of the infamous Black Mamba Ford GT seen multiple times at Shift-S3ctor Airstrip Attack. His son Steven not only competes along side his father in a McLaren 650s, he actually won the NA class trapping 162MPH in the standing half-mile! Regardless of age, that is FAST. There’s no question this kid can drive!”

It’s more than five years since this McLaren speedfest went down, so I wonder what young Steven is up to these days. You think he’s still racing around in the McLaren or that he’s moved on to something different? Maybe jumping around different amateur racing circuits? Hell, maybe he’s even got a supercar collection of his own and has a different ride for each day of the week.

Whatever he’s up to, it’s cool to see a father and son share the same interests. These two clearly both love expensive cars and also going really fast in expensive cars. Hey, it also doesn’t hurt that Amrik has a boatload of money to throw around. Hard to invest in a supercar hobby when you don’t have “eff you” money.