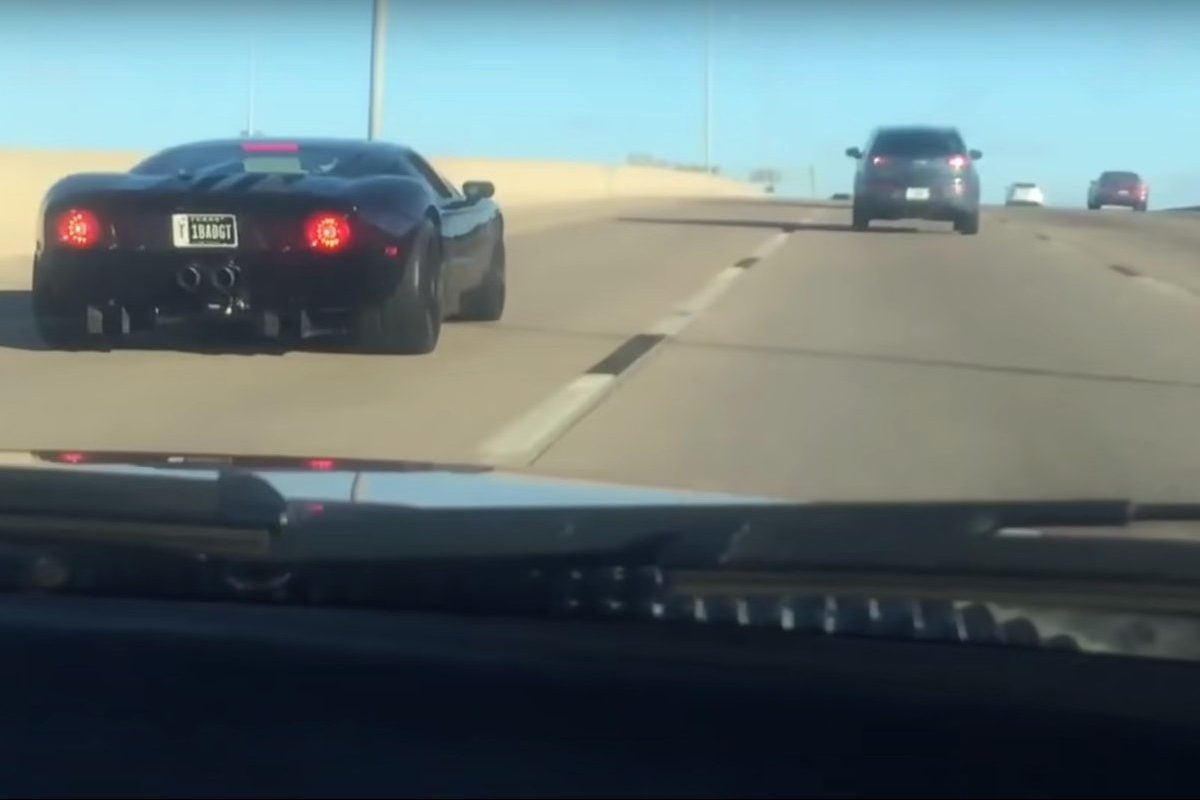 This right here is an epic battle between two legendary cars. On one side, you have an extremely rare ’05-’06 Ford GT boasting a powerful V8 engine with a Whipple supercharger. On the other side, you have the infamous Toyota Supra with around 600 horsepower, sporting a massive turbo. So, which one of these cars gets the victory in the street race? Let’s find out!

On paper, it seems like it’ll be a pretty close race. The Supra has 100 horsepower less, but it also weighs around 250 pounds less than the Ford GT. While cruising down the highway, the two pull next to each other and line up. The Ford GT driver looks relatively unimpressed. Once the third honk blows, they both take off, and the Supra jumps to an early lead. However, that only lasts for approximately one second, until the GT comes screaming past. I’d chalk that up as an easy win for the Ford.

Now, of course, you can’t just have one race. They line up once again, only this time, the Supra gets the hit, meaning the Ford GT must hit the gas as soon as the Supra takes off. Even though the Supra has a bit of an advantage, the GT makes this victory look like a cakewalk. His V8 rockets him to the front for an easy win. You know what they say, there’s no replacement for displacement.

I have to admit, seeing a Supra in person is cool, but seeing a Ford GT is far cooler. It’s like watching a legend vs. a veteran. Regardless of the winner, this was definitely a matchup that you won’t see very often. I’m glad the Supra passenger got a good view of that blacked-out GT, because that thing is absolutely beautiful. Now THAT’S what I call a street race.