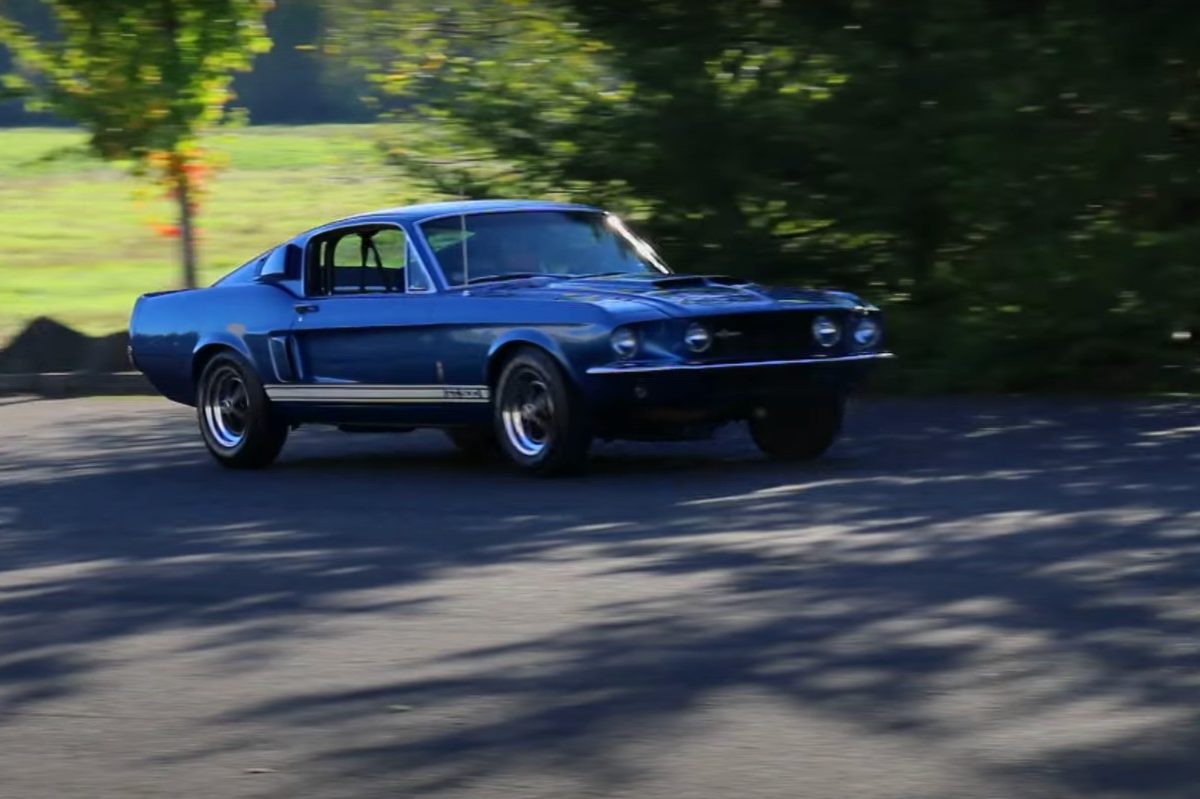 Purists believe the height of the Ford Mustang begins and ends with the 1965 Shelby GT350. While it was a true powerhouse and an absolute workhorse, the ’65 GT350 was built for racing, not comfort, and the average consumer wasn’t actually racing that often. Sure, both the ’65 and ’66 Mustangs were wildly successful, but things really got turned up a notch in 1967.

As Ford made some changes, it was actually the ’67 Shelby GT500 that emerged as what many believe to be the most popular Mustang of all time. Throw in a 427 “side-oiler” V8 engine, like they did in the below video from V8TV, and you’ve got yourself a whole other animal entirely. Take a trip down memory lane with this fascinating look at one of the meanest muscle cars in American history.

Of course, the sleek exterior of the featured 1967 Shelby GT500 is enough to get any auto enthusiast’s attention, but it’s undoubtedly the 427 “side-oiler” V8 that really takes it over the top from a performance standpoint. What exactly is a “side-oiler” though?

As Ford Performance points out, the Ford 427 V8 was first introduced as a race engine in 1963. Two years later, “the 427 race engine employed a ‘side-oiler’ block configuration (sending oil to the crankshaft first, then to the camshafts and valvetrain second ? the direct opposite of the earlier “top-oiler” version), and was available with low-riser, mid-riser, or high-riser aluminum intake manifolds, topped by either single or double four-barrel carburetors.”

Essentially, this engine configuration gave gearheads the hope that Ford would offer the beastly 427 as a factory option. And, while this never ended up coming to fruition, we still do get to see the 427 on plenty of modded-out muscle cars.