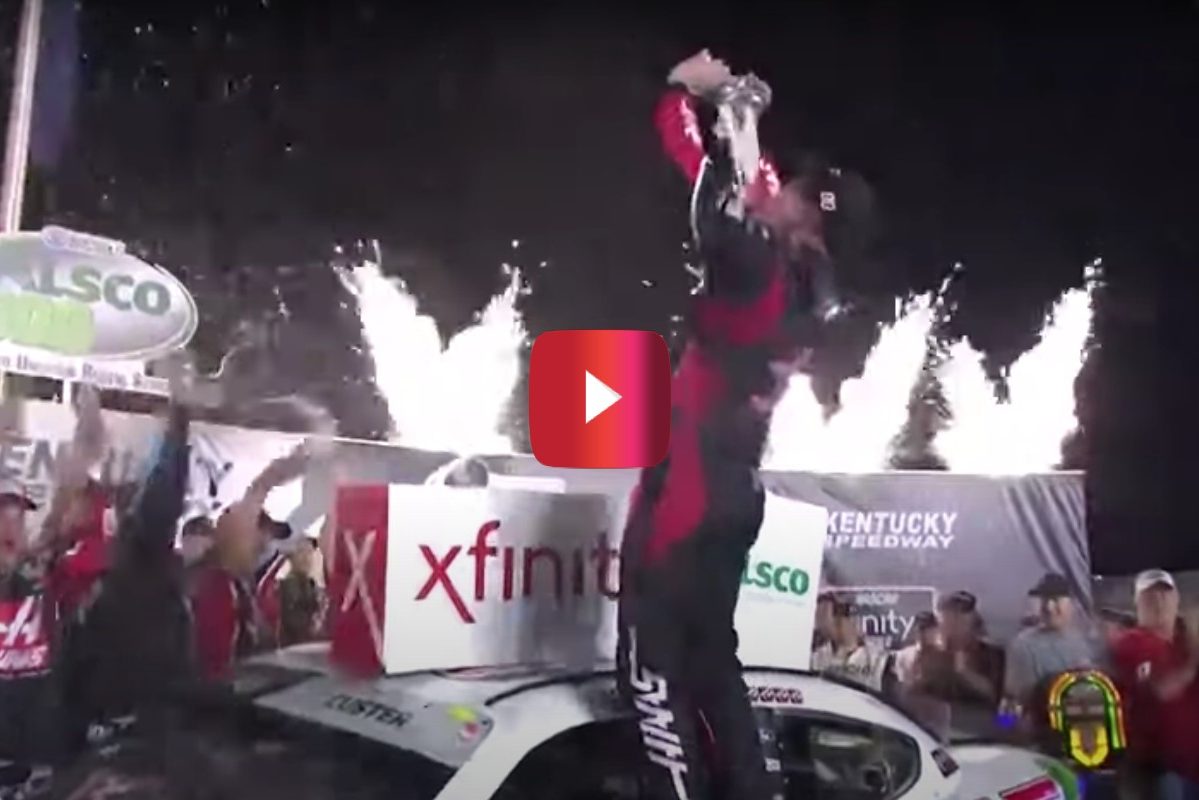 Back when Cole Custer was driving full-time in the NASCAR Xfinity Series, he racked up some pretty impressive victories. But, in this particular moment, he may have won the race, but he ended up losing the post-race celebration.

Custer, who drove the No. 00 Ford Mustang for Stewart-Haas Racing, practically dominated the Alsco 300 at Kentucky Speedway back in 2019, leading for 89 laps and winning his fifth Xfinity Series race that season. The Ladera Ranch, California native also had himself quite the impressive victory streak up to that point, winning three of the last six events. With those impressive performance numbers, you’d guess that Cole Custer would have had more swag than Kyle Busch.

Now, you’d also think that, considering that he got to victory lane so much in 2019, Custer would have his celebratory routine down pat. Apparently, that’s not the case. After his big win at Kentucky, when it came time to climb on top of his car and chug two beers Stone Cold Steve Austin style, let’s just say that Cole had a little bit of a balance issue.

?Well I don?t look too good now falling off the car like that,” Custer told NBC Sports. “But that was an unbelievable race. They just gave me a great car. I wasn?t happy with it at the start of the race, but, I mean, they just made the right adjustments. I can?t thank them enough.

Fortunately, Custer was able to have a quick recovery and laugh the whole thing off. But, because this we live in the age of social media and you can’t do so much as blow your nose without it going viral, NASCAR Twitter pretty much had a field day with Custer’s post-race gaffe.

Your friend who is like “Nah man beer doesn’t really affect me.” https://t.co/XoZJ7Fshp6

I’ve seen drivers come close to falling after their victorious exit from the car….but @ColeCuster executed it last night….We laughed ‘with’ you Cole! 👊🏼 https://t.co/bUbZOiR2i2