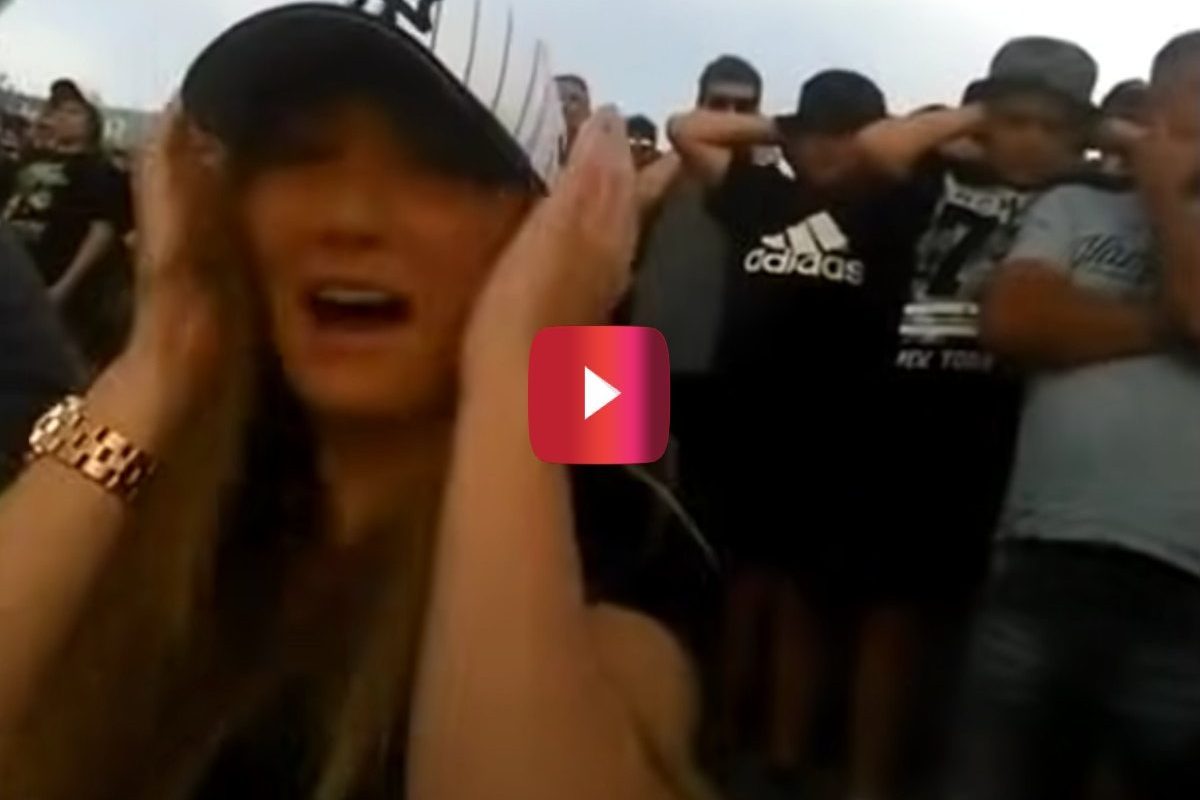 Watching people react to their first time at a Top Fuel race is nearly just as entertaining as the racing itself. Most newbies who attend these events don’t exactly know what they’re getting into, but they find out real quick once these drivers get on the gas.

This woman had a classic reaction to Top Fuel drag cars running down the strip, and it was all pretty freakin’ hilarious.

Plenty of folks have felt that same feeling before, especially that first time witnessing these machines do what they do best. They’re excited for the action, but have no clue what’s actually about to hit. As you can see from the video, she gets in a good scare as soon as the cars do their burnouts, and you can instantly recognize the “what did I just get myself into” face she makes. By the time they lined up to race, she prepares herself a little better by covering her ears, but that rumble going through her body was still enough to make her jump.

I will give her credit, though. With each pass, you see that fear quickly start turning into more excitement. You can even see later in the video it goes from day racing to night racing, which means she stuck it out for the whole day. I’d even say she looks more excited in the night races. She’s got a huge smile on her face during the race, and even let’s out a cheer after it’s over with.

If you’ve never attended one of these events, I’d highly recommend it, because it’s an experience that is unlike any other. These Top Fuel cars are capable of some insane speeds, so it’s definitely a sight to see. You don’t just see and hear it either, you can feel the power that these dragsters make. It’s perfect when you want to take the family or significant other out to do something fun, so check out the upcoming events near you!