Will Bubba Wallace Keep His Word and Get a Richard Petty Tattoo? 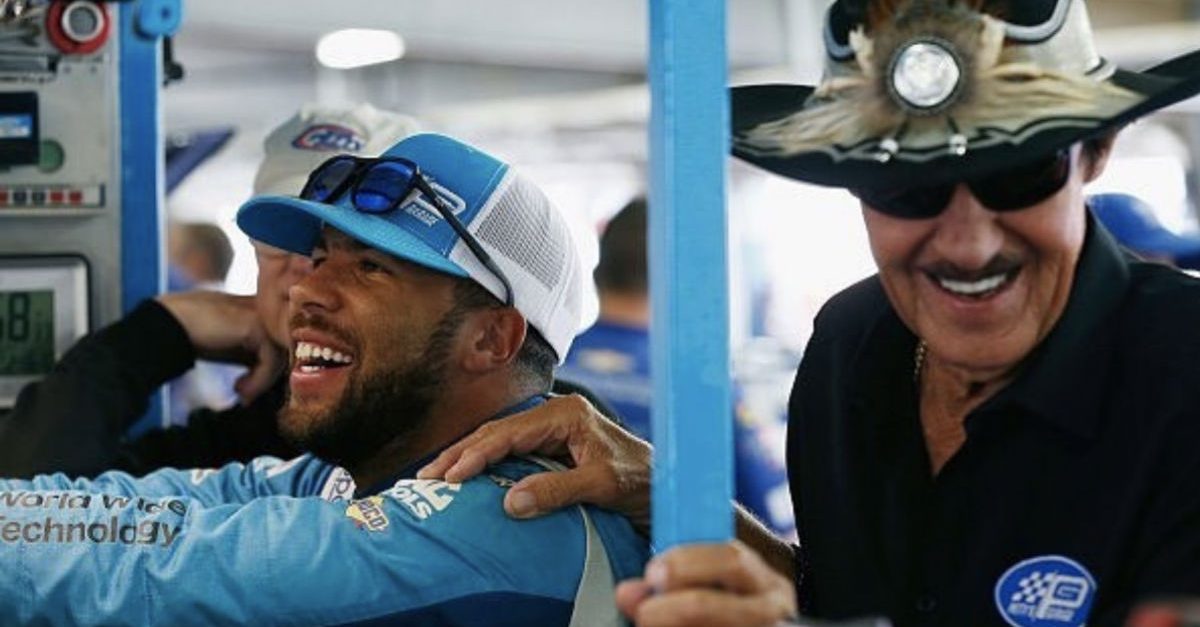 Earlier this week, Darrell “Bubba” Wallace Jr. learned to never underestimate the power of social media, after a seemingly harmless Twitter wager may end in him getting a tattoo of an auto racing legend.

On Tuesday, July 23, the driver of the No. 43 Chevrolet Camaro ZL1 stock car for Richard Petty Motorsports tweeted out a picture of seven-time NASCAR Cup Series champ and RPM owner Richard “The King” Petty autographing his arm and included the following caption: “43,000 RTs and I’ll get it tattooed.”

Minding my bidness and The King comes in with a surprise signature attack!

43000 RTs and I'll get it tattooed. pic.twitter.com/fpcvlRbeti

Once those retweet numbers started to pour in (the 43,000 mark was eventually hit on Thursday morning), Wallace started to backtrack, claiming that the milestone wouldn’t be hit in the 24-hour time frame. That’s when Twitter users quickly came back, pointing out that he had never actually established any sort of hard deadline. Even former NASCAR driver and current NBC Sports analyst Dale Earnhardt Jr. got in the mix.

This begs the question: Will Bubba Wallace actually hold up on his end of the deal? Well, once the 43,000 retweets came in, he reached out to a tattoo artist via Twitter, so it’s looking like he’s probably going to keep his word after all.

Even Petty himself has been following the saga and had his people reach out to Wallace’s people via email (because, hey, that’s what Kings do) to show that he’s definitely onboard with the whole tattoo thing.

“RP has been laughing all day regarding Bubba’s tweet from last night,” the email read. “He wanted me to tell everyone he is NOT getting a tattoo of Bubba’s autograph, however, he will got with him to get the tattoo.”

Hey, there are definitely a lot worse things you could get tattooed on your arm. Like a Kyle Busch autograph.