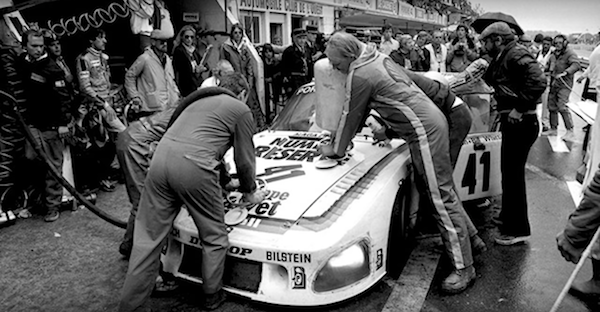 The story of the Whittington Brothers sounds too crazy to be true. It sounds like a fictional script straight from Hollywood.

Don and Bill Whittington were racers from Lubbock, Texas, and they won the 1979 Hours of Le Mans. But the story of how they were able to participate and win in the race, and the aftermath of their success, is absolutely insane.

John Ficarra of VINwiki researched the history of the brothers, and he told the story and the fascinating details that led to their win at the 1979 Hours of Le Mans. They somehow managed to get a two seats on the Kremer team where they raced a Porsche 935. They bought their seats for $20,000 ? which was a good bit of money back in 1979 ? and they demanded that they race the cars first.

The owner said if the brothers wanted to go first, they’d have to buy the car. He threw out a ridiculous number of $200,000 for the car, which was far more than it was worth, and he thought it would shut the brothers up. However, they told him to go get the $200,000 in cash out of a duffel bag in their trailer ? and not a penny more. And they bought the car right then and there and went first.

The fact that they had at least $200,000 in their trailer in a duffel bag is amazing enough, but the story doesn’t end there. The Whittington Brothers actually won the race thanks to driver Klaus Ludwig, and it was the first production car to win at Le Mans since 1953.

Related: After making a supplier switch, a racing director says the old engine was holding them back

Ficarra said they usually worked outside of the rules, and they even made up sponsors that didn’t exist to make people think they had sponsors.

The Whittington Brothers later bought Road Atlanta, and they also owned a plane company. One plane would land on the racetrack, and the other plane would land at a local airport in the middle of the night to unload… well, things. As it turns out, the planes were full of marijuana, and they smuggling drugs in addition to racing.

Another story included them having a nitrous bottle at a race in Daytona where they set almost a record time at the track.

Eventually, the brothers pled guilty to money laundering charges, income tax evasion and conspiracy to smuggle cocaine. Their winning car from Le Mans was given to the Indy Museum, but when Don got out of jail, he sued them for ownership of the car. The courts actually sided with the museum and said the car was a donation.

They still have their plane company to this day, and Ficarra said they’re still around. Seriously, this whole story should be turned into a movie. It’s worth 10 minutes of your day to listen to Ficarra tell their story.