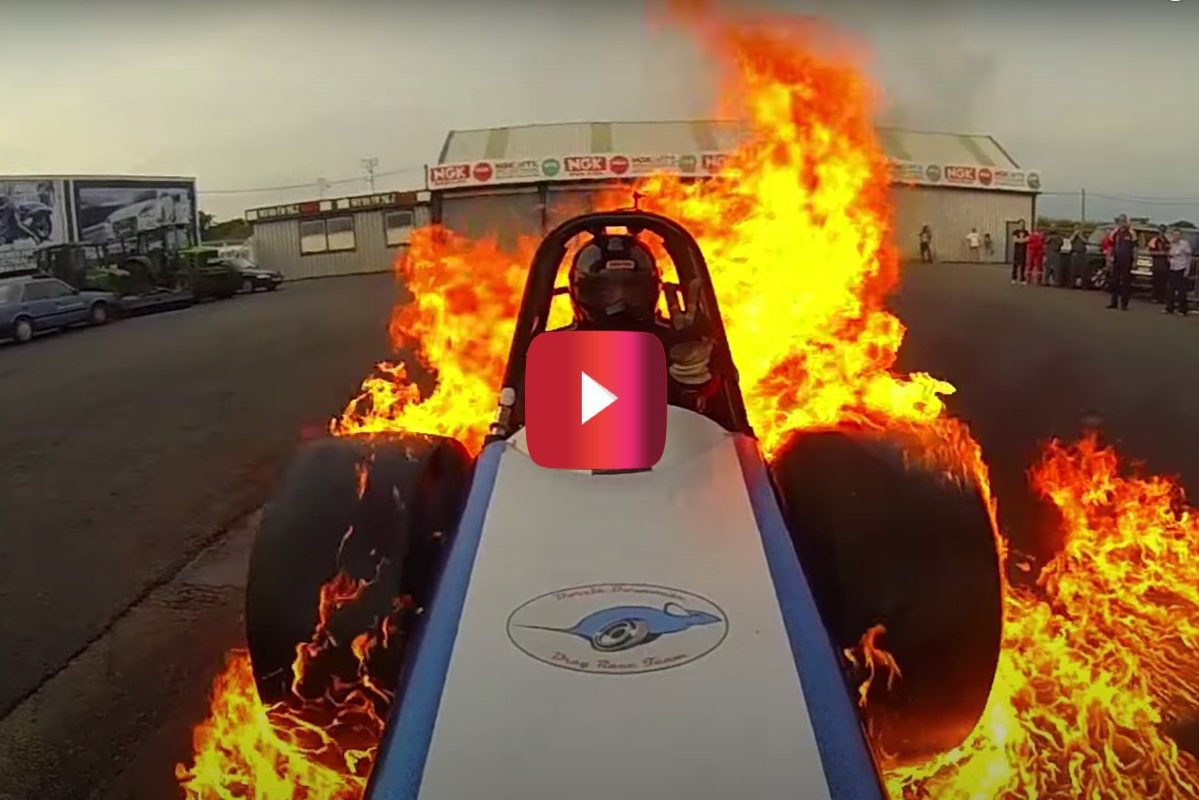 You may think that all burnouts are pretty much the same, but that couldn’t be further from the truth. If you are under the assumption that all burnouts were created equal, just check put the flaming shenanigans featured in the video above. It’s obvious why this fiery stunt made “Official Selection” at the GoPro Awards (yes, that’s an actual thing) back in 2016. The absolute madness of it all and the iron will required to agree to do such a thing are award-worthy enough.

But, drag racer Dave Nelson definitely isn’t afraid of a little fire. His team pours gasoline beneath the wheels of his ultra-powerful dragster, sets it afire, then lets Dave get a good burnout going. The results are as spectacular as they are terrifying and mesmerizing. All the other burnouts that have ever been attempted can pack it up and go home. Good job, good effort. Sorry, there’s just no beating this.

This should go probably go without saying, but just in case you had the actual means to pull this off and are crazy enough to think that it’s worth the risk, here’s a strong piece of advice: DO NOT TRY THIS AT HOME. Again, not sure how you’d even be able to attempt the stunt in the first place, but you’d be surprised by what people can get their hands on these days.

As Autoblog points out, “Nelson’s racing suit is fire resistant, and there were ‘around a dozen’ fully equipped fire marshals onsite in case the stunt got out of hand.”

Can you imagine if this burnout had gotten “out of hand.” It would’ve made for a much different video. One that we probably couldn’t have shown here. Although “Nelson’s Last Ride” does have a pretty epic sound to it.