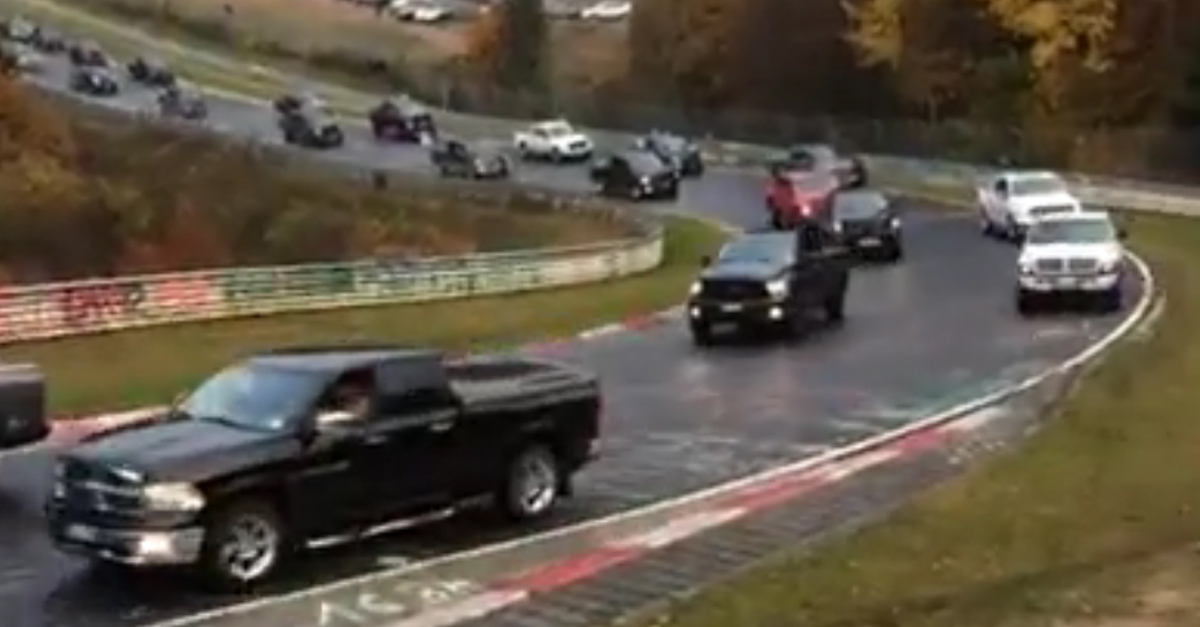 In an attempt to break the previous world record for most pickup trucks gathered for a parade, which was over 600 at a parade in Mexico, European RAM drivers descended upon the Nurburgring test track in Germany with more than 1000 participants, making the slow parade crawl to over an hour in length. Officials at the event claim to have registered almost 1,300 RAMS for Saturday’s festivities, but Guinness World Records is still tallying the concrete numbers and are expected to weigh in on their official webpage later this week.