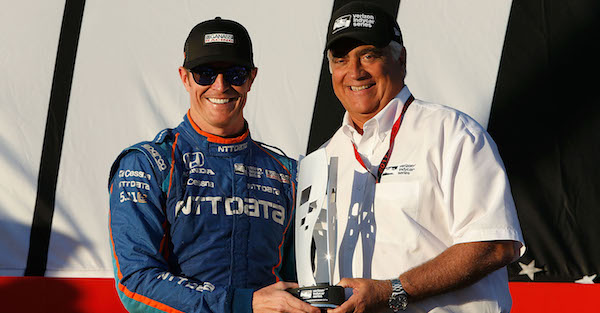 The IndyCar Series is unveiling new unified aerokits for the 2018 season, and four-time champion Scott Dixon thinks the change will bring a dramatic change to the sport.

Dixon said the changes will force drivers to alter their approach to road courses, and the new aerokits will provide a challenge for the IndyCar drivers.

“We’ve been going in a direction for the last five to six years of adding downforce over and over, and now this is a pretty massive step in opposite direction, especially on road courses,” Dixon told Motorsport.

“Even in some of the recent testing, it’s changed the dynamic more than I’ve seen in the last five years.”

Dixon said there won’t be much of a change at speedways and superspeedways, but drivers will be able to tell a big difference at short oval and road courses.

“From what we’ve seen so far, it’s definitely different to drive,” Dixon said.

The series is using a spec chassis for the first time since 2012, and executives believe it will lower costs and improve the overall quality of the races.