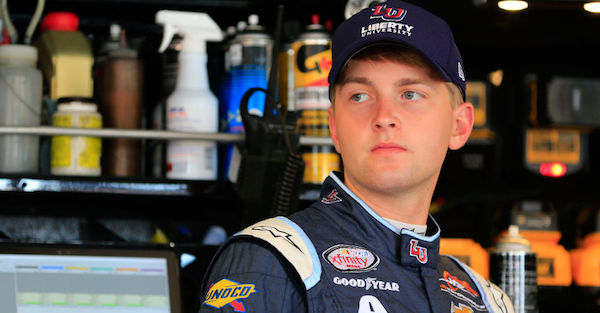 After William Byron was called up to the Cup Series for the 2018 season, JR Motorsports began searching for his replacement for the Xfinity Series.

The team announced on Thursday that Tyler Reddick will drive full-time for JR Motorsports next season, and the two sides reached a multi-year agreement. Reddick will join Elliott Sadler, Justin Allgaier, and Michael Annett as full-time drivers at JRM, and the team also has plans to field a part-time car.

Related: Dale Earnhardt Jr. leaves on a down note, and talks about the hurt in his heart

Great news for ALL of @JRMotorsports. We remain at 4 cars for 2018! Excited to help Tyler achieve his goals and give him our best efforts. https://t.co/ErG5MqEtHD

Reddick, 21, said in a press release that this is something he’s been working for his whole life.

“This is an amazing opportunity for me,” Reddick said. “Having the chance to race full-time with an organization like JR Motorsports is something I?ve worked toward my entire life. It?s a thrill to be joining such an accomplished group of teammates in going after a championship next year.”