Tyler Reddick Asks “Will They Let Me Get Out and Pee?” During Bristol Dirt Race 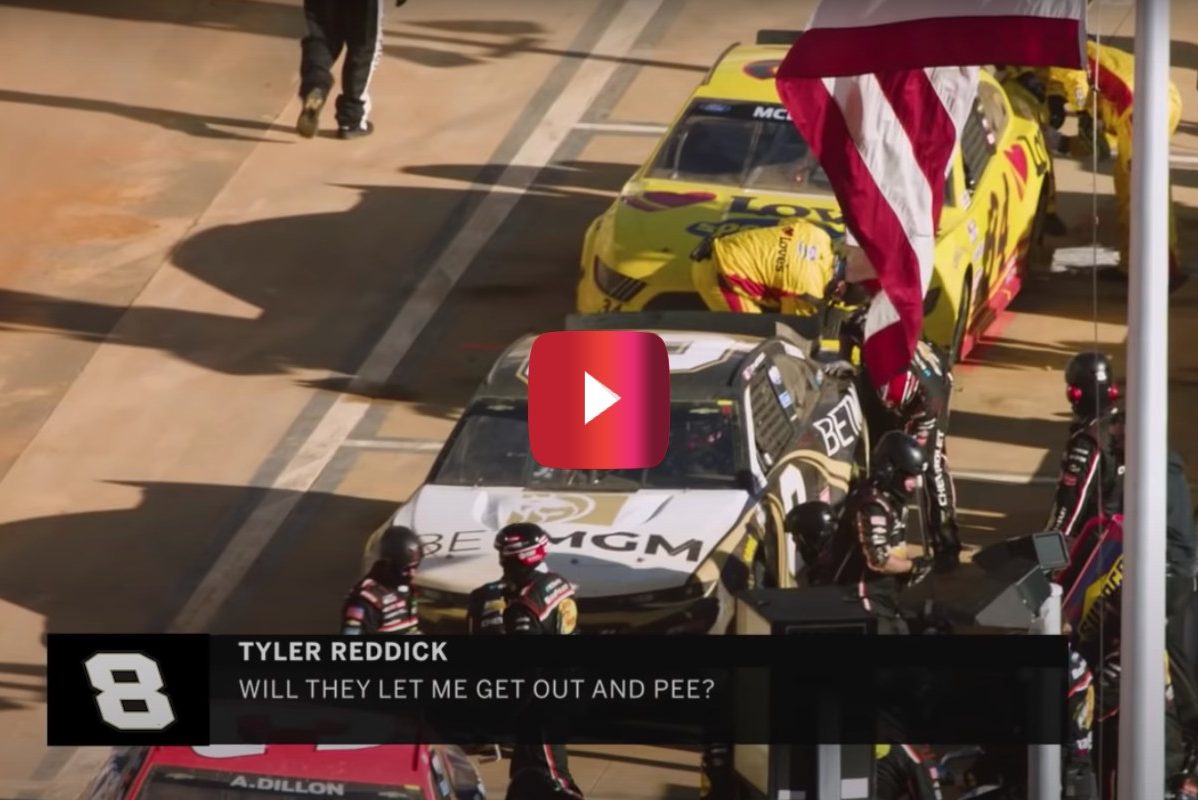 On March 29, NASCAR held its first Cup race on dirt since 1970, and while the Food City Dirt Race at Bristol Motor Speedway marked an exciting change for many NASCAR fans, it also provided an unpredictable scenario for the drivers, as well.

Joey Logano ultimately secured the victory at Bristol —  nicknamed ?The Last Great Colosseum? — earning him the epic gladiator sword trophy. Speaking of number one, Tyler Reddick, who drives the No. 8 Chevrolet Camaro for Richard Childress Racing, found himself in a number one situation of his own. As in he really had to pee during a pit stop.

Reddick wasn’t shy about his need to relieve himself, and you can even hear him flat-out admit it to his team over the radio around the 3:48 mark in the below compilation.

As you can see from the footage, Reddick asks, “Will they let me get out and pee?” To which Derek Kneeland, Reddick’s spotter, hilariously responds, “I?ll do it for you. Going now.” I don’t think acting as a stand-in urinater is in a spotter’s job description, so you’ve got to appreciate the extra hustle there.

Jokes aside, Reddick ultimately finished seventh in the race, and considering that gave him 32 points in the Cup Series standings, it’s probably a good idea he didn’t opt to take that pee break.

Now, Reddick’s quip came during an extended pit stop, which was brought out late in the race, so that NASCAR officials could, ironically, water the track a bit. This stop led to another over-the-radio moment, this time between Denny Hamlin and his spotter Chris Lambert.

“They?re going to hold us for 10 minutes while they work on the track,” Lambert explained to Hamlin, who responded, “10 minutes? I mean, they gonna dig it up, change the whole track?”

Hamlin would go on to finish third behind Logano and Ricky Stenhouse Jr.

While we’re on the topic of sound bites from the Bristol race, I’d be remiss if we didn’t bring up the not-so-surprising trouble that the drivers had with seeing the track in front of them. You know, because of all the dirt. This visibility issue was brought up by several different racers, including Corey LaJoie, who frankly said, “Can’t f***ing see anything, man!”

LaJoie wrecked out of the race at lap 42, and while Kyle Busch didn’t end up having quite as unfortunate of a finish, he also wasn’t all that thrilled about the dusty conditions.

"Dude, you can't see anything. NOTHING."- Kyle Busch pic.twitter.com/GBF8qDrqbf

“Dude, you can’t see anything,” Busch said. “Nothing! You cannot see even the car in front of you.”

Alex Bowman was a little more colorful in his observation, saying, “I’ve been in some sandstorms in Arizona that I could see better than that.” Strong words! Can’t say I have any experience on that front, so I’ll just take Bowman’s word for it.