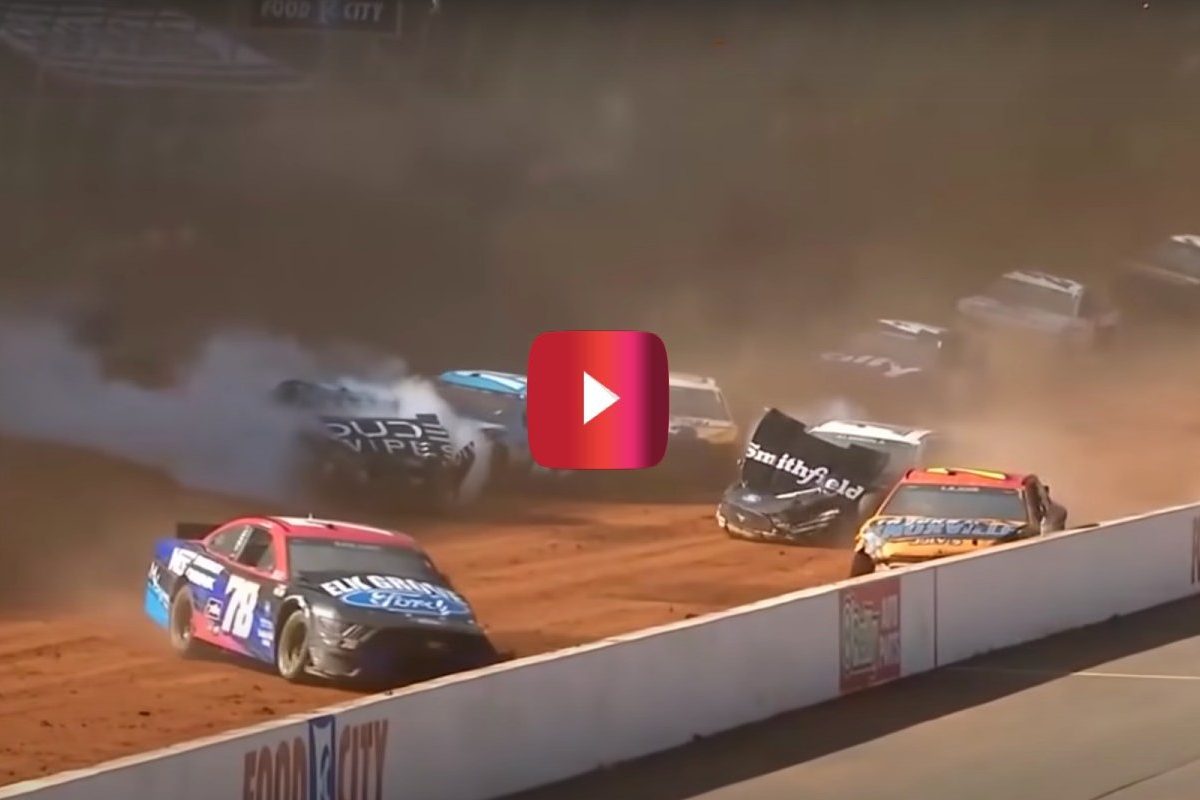 On Monday, NASCAR has its first Cup Series race on dirt since 1970. And, for an event this long in the making, it certainly delivered.

Joey Logano ended up seeing the checkered flag in thrilling overtime fashion, and after the dust had settled, he later quipped, “The guys were joking that I’m going to change my name to Joe Dirt now.” But, not everyone was as lucky as the the driver of the No. 22 for Team Penske.

Aric Almirola, who drives the No. 10 Ford Mustang for Stewart-Haas Racing, saw his race day end early, after he triggered a massive wreck on lap 41.

As you can see from the footage, the wreck went down after Almirola attempted to make a pass on Stewart Friesen. Unfortunately, Almirola, a 37-year-old Walton Beach, Florida native, ended up clipping the dirt curbing on the apron of the track, which caused him to spin out on the middle of the track.

He was first struck by Shane Golobic, and then hit hard by Anthony Alfredo and Corey LaJoie. The crash brought out a red flag to clean up the mess, which, when it was all said and done, effectively eliminated Almirola, Golobic, Alfredo, and LaJoie..

While Almirola’s unfortunate finish marked the fourth time in seven races this season where he has finished 30th or worse, Logano’s win means he’s racked up at least one victory in 10 consecutive seasons.

“There’s nothing like winning at Bristol — but putting dirt on it and being the first to do it is really special,” Logano said after his big win.

“It was definitely a challenge. When they watered the track [at] the last stage, that kind of changed everything … Nobody really knew what to put in the car. We were able to adjust the right way throughout practice and get into victory lane. It’s great.”