NASCAR race ends with the closest margin of victory ever 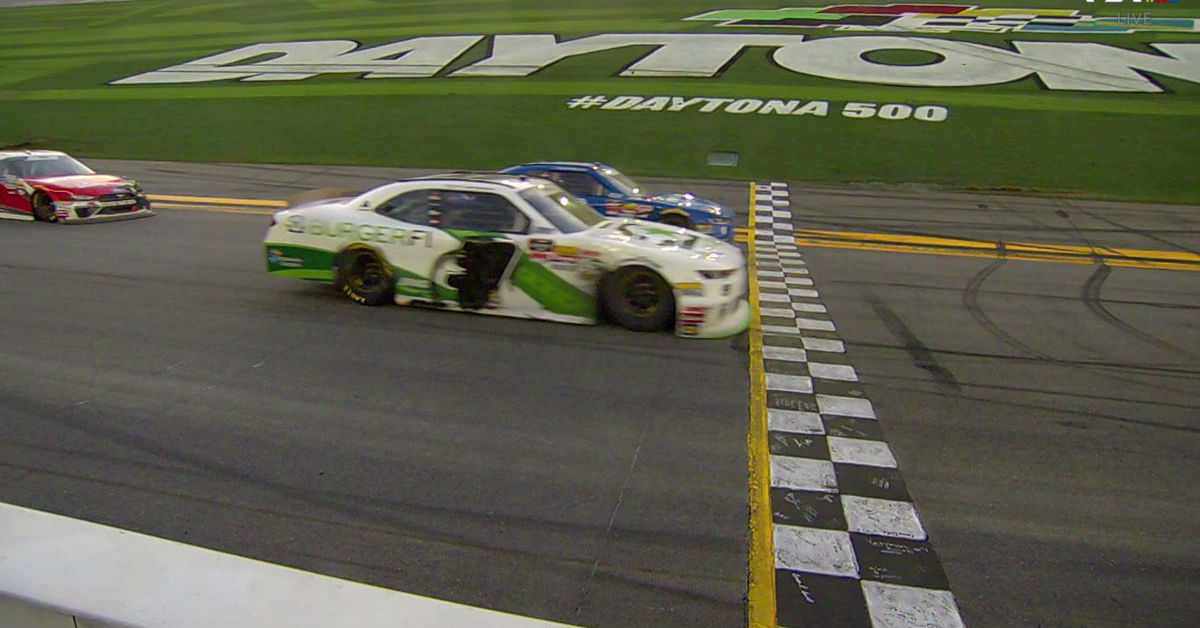 Saturday’s Xfinity race was one for the ages.

Tyler Reddick beat Elliott Sadler, his teammate from JR Motorsports, by less than three inches to win the race at Daytona. It was the closet finish ever, according to NASCAR.com.

How close? You be the judge.

The win came in the race’s fifth overtime. NASCAR.com also reported that, “The margin of victory was listed officially as .000 seconds because NASCAR timing and scoring doesn’t measure beyond thousandths of a second.”

“This feels amazing,” Reddick told NASCAR.com.  “This is a hell of a way to start the year off with JR Motorsports.”

It certainly is. And Reddick was ecstatic.

Big thanks to everyone! I’ll get back to each of you, it will just take some time! pic.twitter.com/7fXmK5sVYj