In a surprise, Matt Kenseth says he’s not just walking away from the track. He’s done with the sport. 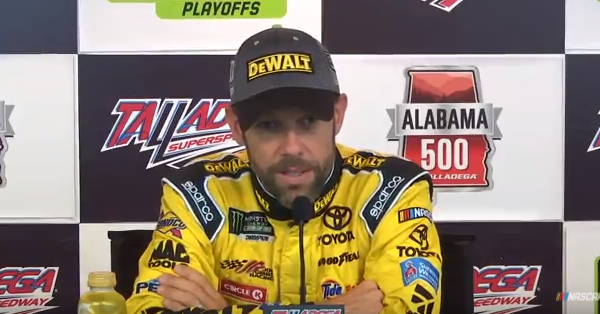 You can go down the very long list of former NASCAR drivers who  stay close to the sport when their driving days are done. Richard Petty and Tony Stewart became owners. Jeff Gordon still has a piece of Hendrick Motorsports. Dale Jarret went to the broadcast booth.

Matt Kenseth is not built that way.

Kenseth isn’t just walking away from Cup series racing — but he’s walk away from the track and the life he’s lived for more than two decades.

He’s not interested in being the former driver who hangs around the track. He doesn’t want to work in NASCAR — even though he thought he once did.

Instead, he told USAToday, he’s intent — and content — with severing all ties to the sport.

?I haven?t put a lot of time into thinking about it, but I can?t envision myself ? although you never say never ? being at the race track unless I?m driving race cars,? The Joe Gibbs Racing driver told the newspaper.

Kenseth is walking away on a high note. He won at Phoenix and his final race is Sunday at Homestead.

?I thought of maybe being involved and doing different things (after driving), especially at JGR,? Kenseth said. ?The talk over the years was that we want you to stay involved and be part of the company, but through the years that stuff has changed for a number of reasons. At this point, I can?t envision myself being back at the race track. You never know what can change.”

He reiterated that he could have found a ride with another team, but he didn’t want to race in a “bad car,” especially after driving for a top-notch team.

?I?ve always said whenever my time is up, I never wanted to go out running bad and being in a bad car,? he said.

Now that his time is up, Kenseth  plans to go from race care driver to full-time family man.

He’s more than okay with that.