Tony Stewart absolutely rips the Car of Tomorrow while iRacing 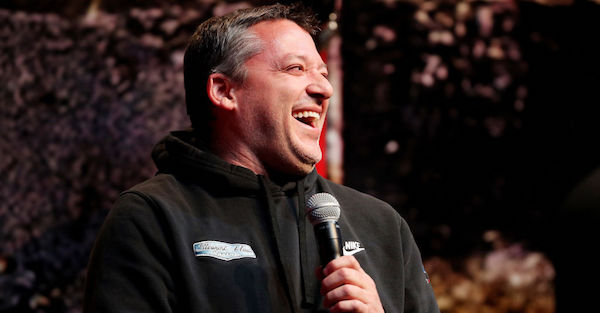 Tony Stewart has never been shy about voicing his opinion, and the NASCAR legend gave his thoughts on the Car of Tomorrow while iRacing.

Stewart was asked what he thought about the CoT, and he didn’t hold back.

Browsing YouTube, found a video of some guys Iracing with Tony Stewart. Thought this quote was pretty interesting/funny. pic.twitter.com/zaY5DE5H5y

Related: Woman accused of stalking Tony Stewart likely won?t be getting out of jail anytime soon

“I don’t even know what the worst word you can think of is, but that thing was the biggest pile of s**t I ever drove in my entire career of the 23 types of racecars I’ve ever driven,” Stewart said.

When Stewart’s iRacing opponent mentioned that Stewart still managed to win in the CoT, Stewart had this hilarious quip.

His comments were hilarious, and he made it clear how he felt about the Car of Tomorrow.