After more then three decades, one of NASCAR’s best known crew chiefs is leaving the road 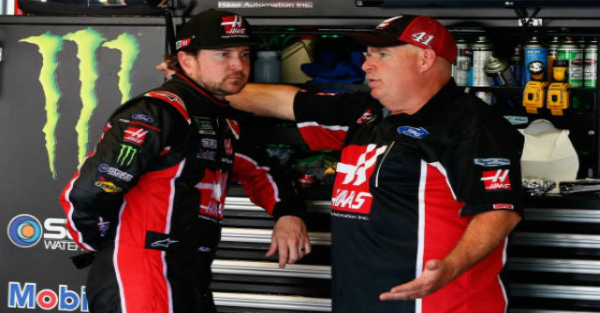 After spending 31 years in a pit box, one NASCAR crew chief is walking away from the track.

RELATED: Stewart-Haas has finalized team lineups for 2018, announces a promotion

It was recently announced that Tony Gibson wouldn’t be returning as crew chief for Kyle Busch and the No. 41 car, but he will remain with Stewart-Haas in a different role, according to NASCAR.com.

“As many of my racing family know, I have been trying to come off the road for several years,” Gibson said via his Twitter account. “Traveling 4 days a week for 31 years can take a toll on you.”

“For 2018, Stewart-Haas Racing gave me the opportunity to come off the road and still have a very hands-on job within the organization,” added Gibson.

Gibson was eager to begin the next step of his life, in doing so he’ll be working in the shop for SHR this upcoming season. Gibson will be working closely with all four crew chiefs to ensure they are prepared to race at a high level.

Gibson has been with SHR since it began its first season in 2009. During his span with SHR he’s worked with Ryan Newman, Danica Patrick, and up until his recent move, Kurt Busch.

In addition to serving as a crew chief, he’s also spent time as a car chief. He has been the car chief for three championship campaigns including Alan Kulwicki’s 1992 run, as well as Jeff Gordon’s 1998 and 2001 titles.

Now that Gibson will be spending more time at home he’ll be able to enjoy spending it with his wife, his grandson Luke, and the rest of his family.