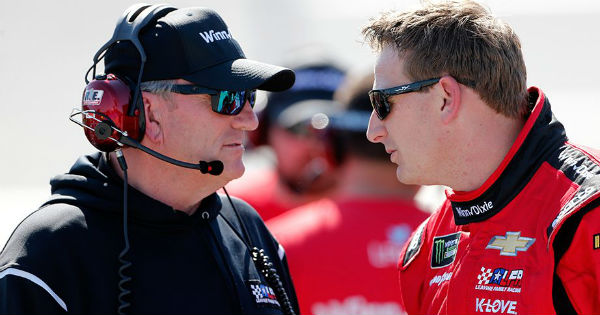 Things are not well at Leavine Family Racing.

The team announced, in a short and tersely written statement, that it fas “relieved” crew chief Todd Parrot of his duties “effective immediately.”

Todd Parrott has been relieved of Crew Chief duties for the remainder of the 2017 season effective immediately. After careful consideration and numerous discussions regarding the position of Crew Chief, we have decided to go in a different direction. While we continue to explore out options for the 2018 race season, Jon Leonard will assume the duties of interim Crew Chief.”

RELATED: Leavine Family Racing explains why it made the change to Kasey Kahne

Clearly, Leavine isn’t happy, though there’s no word (yet) on why the team decided to make a sudden change.

Leavine is currently 27th in the Cup standings and is undergoing big changes for 2018, though it has had some minor success this season. Parrott guided the current driver of the No. 95 Chevrolet, Michael McDowell, to his first-ever top five finish at Daytona. The pairing also has 13, top 20 finishes.

But that’s not enough as McDowell is being replaced by Kasey Kahne next season. The team believes Kahne can take it to the next level, and clearly, sitting 27th is not the next level.